Friday, 26 March 2021_US President Joe Biden held his first formal press conference in the White House on Thursday, addressing a number of issues ranging from China’s trade practices to North Korea’s ballistic missile tests to withdrawal of American troops from Afghanistan among other things. 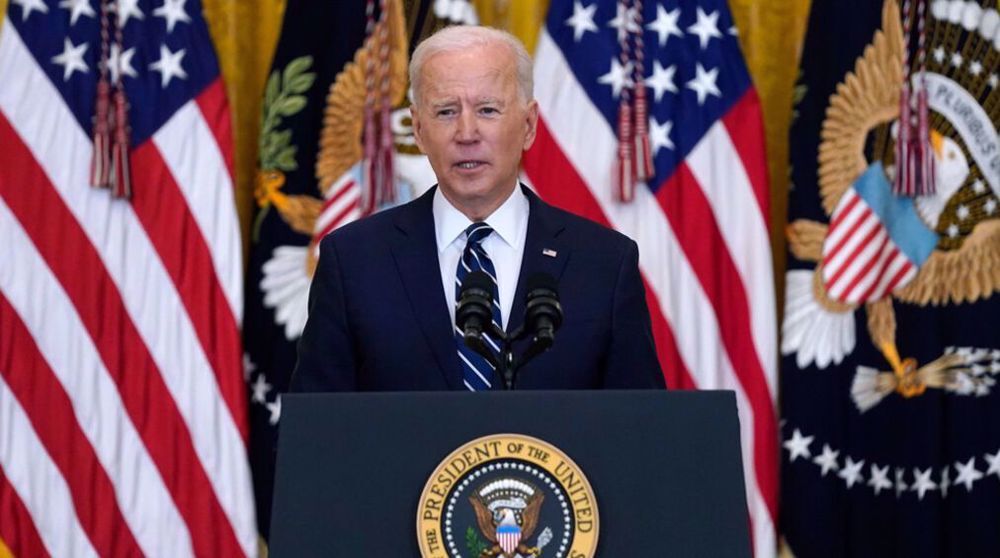 On the US presence in Afghanistan, he said the American troops cannot be withdrawn from the war-torn country by May 1, the deadline set for the pullout, however, added he did not think there would be any more US forces there next year.

“I can’t picture, that being the case,” he told reporters when asked whether it was possible there would be troops in Afghanistan next year.

Under an agreement reached between the Taliban and the administration of former president Donald Trump, Washington promised to withdraw troops by May in exchange for the Taliban to halt attacks on US-led foreign forces.

On Wednesday, House of Representatives Armed Services Committee Chairman Adam Smith said, “We’ve got ... closer to 3,500 troops in Afghanistan. Our (NATO) allies have around 7,000,” adding, and that “you cannot pull out 10,000-plus troops in any sort of way in six weeks.”

The Taliban have already threatened that the US failure to depart by the agreed-upon date would be regarded as breach of the deal and would draw a “reaction” from the militant group.

The US president warned North Korea of consequences after Pyongyang launched two ballistic missiles on Thursday, but noted he was open to diplomacy with the Asian country.

He went on to say that Washington is consulting with its allies on the way forward.

“We are consulting with our allies and partners, and there will be responses if they choose to escalate. We will respond accordingly,” he said.

“I’m also prepared for some form of diplomacy, but it has to be conditioned upon the end result of denuclearization,” he added.

The latest launches are seen as a new challenge to his administration's efforts to engage with the North. However, Pyongyang has rebuffed any attempt by Washington to establish contact as long as it pursues a "hostile policy."

North Korea has long been under harsh United Nations sanctions over its nuclear and missile programs. The US has spearheaded those sanctions and has imposed several rounds of its own.

Biden attacked his Chinese counterpart Xi Jinping, claiming he does not have a “democratic bone in his body.”

He also urged China to play by international rules for what he called fair competition and trade, noting, though, Washington was not looking for confrontation with Beijing.

“He’s one of the guys, like (Russian President Vladimir) Putin, who thinks that autocracy is the wave of the future, (and) democracy can’t function in an ever-complex world,” Biden said.

“We’re not looking for confrontation, although we know there will be steep, steep competition,” Biden said. “We’ll insist that China play by the international rules - fair competition, fair practices, fair trade.”

Share to
Related News
US Poll: 2 in 3 support stricter gun control laws
Taliban to Target Foreign Troops If US Fails to Pull Forces
US goes ahead with $1.15 bn for Sudan reforms
Tags
biden ، afghanistan ، china
Your Comment