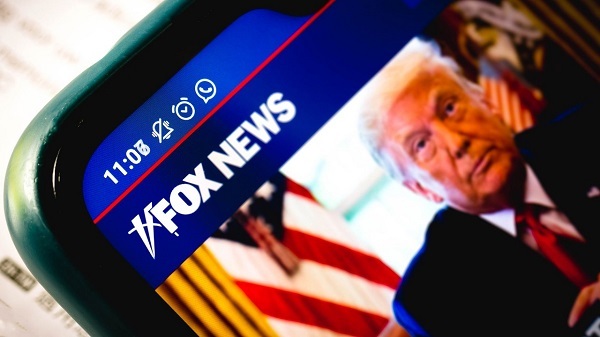 This is the first time Dominion has sued a media company in its efforts to collect billions in damages from pro-Trump figures who have pushed baseless conspiracies about its voting machines.

Dominion argues that Fox News "sold a false story of election fraud in order to serve its own commercial purposes, severely injuring Dominion in the process," per AP.

"Dominion said in the lawsuit that it tried repeatedly to set the record straight but was ignored by Fox News," AP writes.

“This was a conscious, knowing business decision to endorse and repeat and broadcast these lies in order to keep its viewership,” said Justin Nelson, an attorney representing Dominion.

There was no widespread fraud in the 2020 elections. The Department of Homeland Security called the election "the most secure in American history."

Share to
Related News
Mastermind of the US’ biggest investment fraud dies in Prison
US Muslim lawmaker vows not to take coronavirus vaccine before those ‘who need it most’
US president-elect not to discuss his son with AG candidates: Psaki
Michael Flynn: Trump should deploy military to ‘rerun’ election in swing states
Trump supporters to rally in DC after Supreme Court delivers president another defeat
Sen. Cotton: a special counsel should be appointed to head an investigation into Hunter Biden’s case
Tags
fox news ، lawsuit ، US ، election
Your Comment