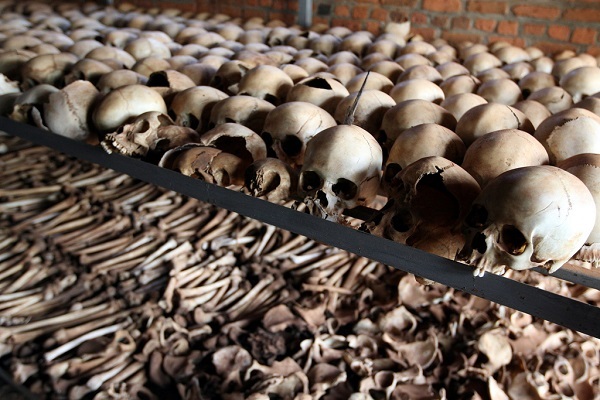 A commission of historians headed by Vincent Duclert has been gathering data for two years to establish the level of France's complicity in Rwanda's 1994 massacres that left at least 800,000 people dead.

France bears "overwhelming responsibilities" in the 1994 genocide of the ethnic Tutsi minority in Rwanda, a historical commission concluded in a report on Friday.

According to the document, submitted to President Emmanuel Macron, France turned a blind eye to the preparations to the killings. Nevertheless, the board of historians found no evidence that France was directly complicit in the tragedy.

After publication of the report, the French government said it is hoping for "irreversible" reconciliation with the East African nation.

France has long faced accusations of insufficient efforts to bring the notorious massacres to an end.

In 2019, French President Emmanuel Macron ordered a commission to be established to look into the role played by Francois Mitterand's administration's in the Rwandan bloodbath.

The Rwandan massacre was mass genocide of the Tutsi ethnic minority by members of the Hutu majority government. Nearly 1 million Rwandans are estimated to have been killed during the 100-day killing spree between 7 April and mid-July 1994, and about 70 percent of the Tutsi population was slaughtered. The genocide was started by the murder of former Rwandan president Juvenal Habyarimana and ended when the Tutsi-backed Rwandan Patriotic Front, led by Paul Kagame, took control of the country.