Local officials say the French military, purportedly on counter-terrorism missions in Mali, has killed six civilians in an airstrike in the northern part of the West African nation. 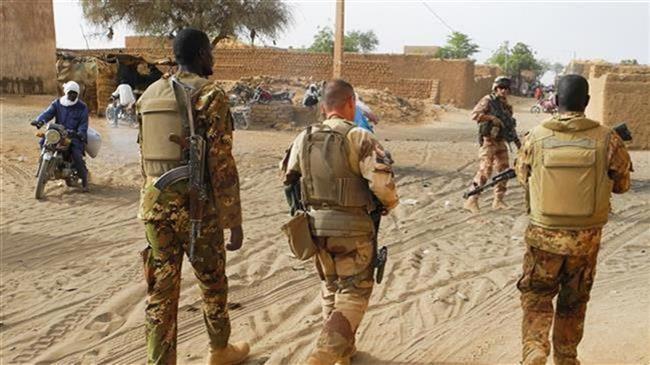 The fatalities took place in the remote Gao region in northern Mali, with Mohamed Assaleh Ahmad, mayor of the village of Talataye, saying on Friday that the victims were six male civilians from Talataye between the ages of 15 and 20.

“I know all these young people. Some are from my family,” Assaleh Ahmad told Reuters. “We have seen these airstrikes in the past here. We have never said anything, but this time, it is 100% an error.”

Akli Iknan Ag Souleymane, a former member of parliament from the area, also confirmed that the strike had claimed the lives of six civilians.

The latest incident is the second time this year that the French military mission, known as the Barkhane force, has been criticized for killing civilian people in Mali.

Barkhane, however, claimed in a statement that Thursday’s strike had only “neutralized” a group of militants 60 kilometers north of In Deliman in Gao region.

“This strike was ordered after a phase of surveillance and identification permitting the characterization of the presence of an armed terrorist group,” the statement added.

The French military had also denied a deadly January 3 airstrike near the village of Bounti that local residents said had hit a wedding party attended by civilians and left 30 people dead.

Since 2012, Mali has been in a persisting conflict after Takfiri terrorists hijacked an uprising by Tuareg people, a large Berber ethnic confederation living across the Sahara Desert, in the north.

Over the past seven years, their violence has moved to central Mali, from where Takfiri terrorists launch attacks across the Sahel region.

Outfits affiliated with al-Qaeda and Daesh terrorist groups have used central and northern Mali as a launch pad for attacks across the Sahel region, especially on neighbors Niger and Burkina Faso, despite the presence of French troops.

Last year, France boosted its troop numbers for its so-called Operation Barkhane in the Sahel by 600 to 5,100 soldiers, but with the military presence failing to bring the situation under control, the UN also deployed its peacekeeping forces in the region.

Terrorist groups, linked to al-Qaeda and Daesh, have strengthened their foothold across the arid Sahel region, making large swathes of territory ungovernable and stoking local ethnic violence, especially in Mali and Burkina Faso.