US seeks to drive wedge between China, Muslims: Spokeswoman

Monday, 29 March 2021_Beijing says the United States and some European countries “don't really care about Muslims,” but they are using the issue of Uighur Muslims to sow discord between China and the Muslim world. 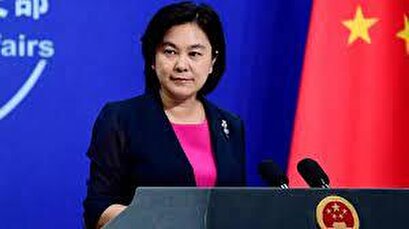 In a series of tweets on Sunday, Foreign Ministry spokeswoman Hua Chunying questioned the intentions behind the US and other European states' declared support for Uighurs in far-western Xinjiang, drawing attention to rampant discrimination against Muslims in their own countries as well as the US-led wars in Muslim nations under the pretext of countering terrorism.

“Obviously, some in the US and Europe don't really care about Muslims. Or how could they, after 9/11, hit so many Muslim countries so hard in the name of counter-terrorism that hundreds of thousand[s] of Muslims were killed and millions displaced?” she said referring to the September 11, 2001 attacks on the US.

Obviously, some in the #US and #Europe don't really care about #Muslims. Or how could they, after 9/11, hit so many Muslim countries so hard in the name of counter-terrorism that hundreds of thousand of Muslims were killed and millions displaced?

She also underscored the serious discrimination against Muslims in the US and some European countries.

“Yet they seem to have a particular interest in the Uighur people in Xinjiang” while there are 56 ethnic groups in China, the spokeswoman said.

“Clearly, they want nothing but to break China's unity, security and stability to contain China's rise; and drive a wedge between China and the Muslim world to divert attention away from their own discrimination against and persecution of Muslims,” she wrote.

“For most of the Muslim people, the United States is certainly not the safest country to live in,” Chunying stressed.

Her remarks came as Britain, the United States, European Union, and Canada imposed sanctions on China over allegations of human rights violations regarding the ethnic Muslim minority group in Xinjiang.

Beijing vehemently denies reports that Uighurs are unfairly marginalized and dismisses the West’s accusations as interference in China’s domestic affairs.

The mostly Muslim-Turkic ethnic group of Uighurs, which makes up about 45 percent of the population in Xinjiang, has long accused Beijing of cultural, religious, and economic discrimination.

China rejects the accusation and, in turn, accuses what it describes as exiled separatist groups of planning attacks in the resource-rich Xinjiang, which is strategically located on the borders of Central Asia.

China’s Foreign Ministry announced on Saturday that it had imposed sanctions on a number of US and Canadian officials in retaliation for their similar moves against Beijing.

The US relations with China grew increasingly tense under the administration of former president Donald Trump. Washington continually clashed with Beijing over trade, the South China Sea, Taiwan, Hong Kong, and the coronavirus pandemic.