Thursday, 01 April 2021_Nearly 15 million doses of Johnson & Johnson’s vaccine were ruined due to a factory error in the United States, dealing a blow to the company's efforts to quickly boost production. 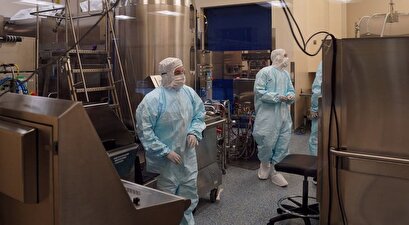 The New York Times reported on Wednesday that workers at a plant in Baltimore, Maryland, “conflated” ingredients of the vaccine several weeks ago resulting in contamination and forcing regulators to delay authorization of the plant’s production lines.

Although the problem would not affect doses already being delivered across the US, it would cause delays for tens of millions of doses of the vaccine supposed to come from the plant in the coming months, the Times said.

The company said in a statement later on Wednesday that its “quality control process identified one batch of drug substance that did not meet quality standards” at the Emergent BioSolutions facility, though it did not clarify how many doses of its single-dose vaccine were ruined.

“This batch was never advanced to the filling and finishing stages of our manufacturing process,” Johnson & Johnson said, adding that the issue was addressed with Emergent BioSolutions and the US Food & Drug Administration (FDA).

"Quality and safety continue to be our top priority," it said.

Emergent BioSolutions is a manufacturing partner to both Johnson & Johnson and AstraZeneca, the British-Swedish company whose vaccine has yet to be authorized for use in the United States.

Johnson & Johnson said it was deploying more experts to the site to “supervise, direct and support all manufacturing.”

“In coordination with the US Department of Health & Human Services, these steps will enable us to safely deliver an additional 24 million single-shot vaccine doses through April,” it said.

Sources speaking to the Times attributed this enormous mistake, which is a major embarrassment both for Johnson & Johnson and for Emergent, to human error.

Emergent has come under fierce criticism for its heavy lobbying for federal contracts, especially for the government’s emergency health stockpile.

The efficacy of Johnson & Johnson COVID-19 vaccines has come under scrutiny around the world in the recent days, with many even in the US remaining hesitant to get the vaccine.

President Joe Biden’s administration announced last week that Johnson & Johnson company has delivered nearly 4.6 million of vaccine to the US. However, the company is lagging in its commitment to deliver 20 million shots to the federal government by the end of March.

Share to
Related News
One US Patient Died, Another Critical After J&J Vaccine
Tags
boost ، covid-19 ، error
Your Comment