Thursday, 01 April 2021_The prosecution in Sheikh Zakzaky’s trial finally completed the presentation of witnesses when the trial resumed in a Kaduna High Court where the Muslim cleric is standing trial for culpable homicide and other charges which he pleaded not guilty. 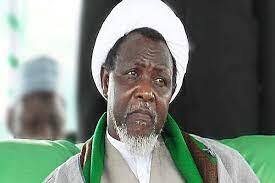 The prosecution lawyer expressed the hope that he will get a conviction following the presentation of credible witnesses. However, Zakzaky’s defense team dismissed the claim of the prosecution, as it affirmed an earlier position that there should not have a case against Islamic cleric.

Sheikh Zakzaky and his wife Zeenat have been in detention for over five years despite the ruling of a Federal High Court ordering for their release. Over three hundred and forty of Sheikh Zakzaky’s supporters were killed including three of his biological sons when soldiers of the Nigerian army attacked his home and worship center in December 2015.