Thursday, 01 April 2021 (YJC)_Former Secretary of State says he “regrets” that the Trump administration did not succeed in having North Korea give up its nuclear weapons. 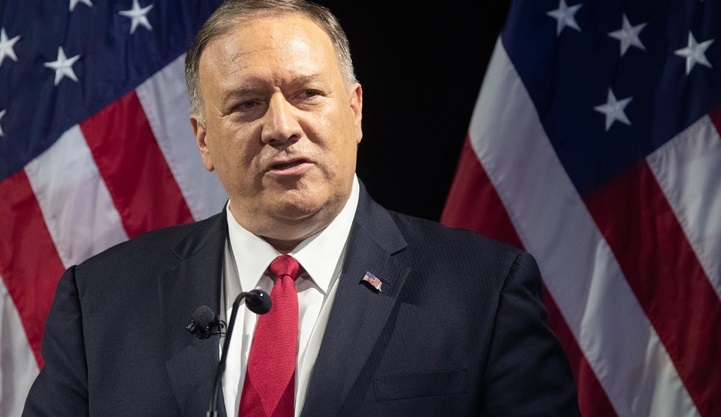 Former Secretary of State Mike Pompeo says he “regrets” that the Trump administration did not succeed in having North Korea give up its nuclear weapons.

In an interview with a conservative podcast released Thursday, Pompeo, who is considered a potential 2024 presidential candidate, reflected on his clandestine trip to the Hermit Kingdom in April 2018 that marked a sharp turn in U.S. foreign policy toward a country long considered a rogue state and guilty of horrendous human rights abuses.

Photos released of the trip that showed Pompeo, then the director of the CIA, shaking hands with North Korean Leader Kim Jung Un, shocked the world with the personal outreach from a senior U.S. official.

The meeting was considered a major break from long-held U.S. policy to engage in a campaign of isolating North Korea and withholding high-level international recognition.

Pompeo said his trip was meant to cool tensions that had risen to a fever pitch months earlier, with former President Trump warning of “fire and fury” if Pyongyang threatened the United States.

“We were trying to take the tension level down and create a situation where we could have a rational discussion,” Pompeo said. “The president was prepared to consider whether a summit might be appropriate. It was really quite the, quite the experience.”

Trump and Kim would go on to meet in person twice but both summits failed to achieve North Korea’s denuclearization.

“I regret that we didn't make more progress,” Pompeo said. “We convinced him not to do more nuclear testing and more long-range missile testing, but we weren't able [to] get him to give up his nuclear program. You know, we got three Americans back."

Pompeo made a second trip to North Korea shortly after being confirmed as secretary of State in May 2018 to retrieve three Americans who were imprisoned in North Korea on charges of espionage.