Thursday, 01 April 2021 _As the Yemeni army is pushing ahead with its offensives to liberate the city of Ma'rib from Saudi-backed forces, Yemen's bloc of Anti-Aggression Parties has held an event in the capital, Sana'a, to discuss the role of the southern and eastern Yemeni tribes in facing the Saudi-led coalition. 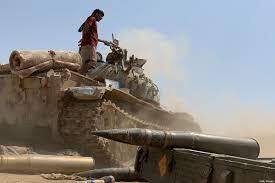 Since the beginning of the Saudi war on Yemen, eastern and western tribes played a key role in supporting the Yemeni army with weapons, money and fighters.

The participants say the tribes devoted their efforts to expel the foreign presence from their country.

The Yemeni army has recently intensified its operations to liberate Ma'rib, the last stronghold of the Saudi-backed forces in northern Yemen, a move which is considered as the first step forward for liberating the rest of the country.

Yemenis agree that the liberation of the country will not succeed without the tribes backing the army since the tribes themselves refuse the presence of any foreign forces especially those of Saudi Arabia.