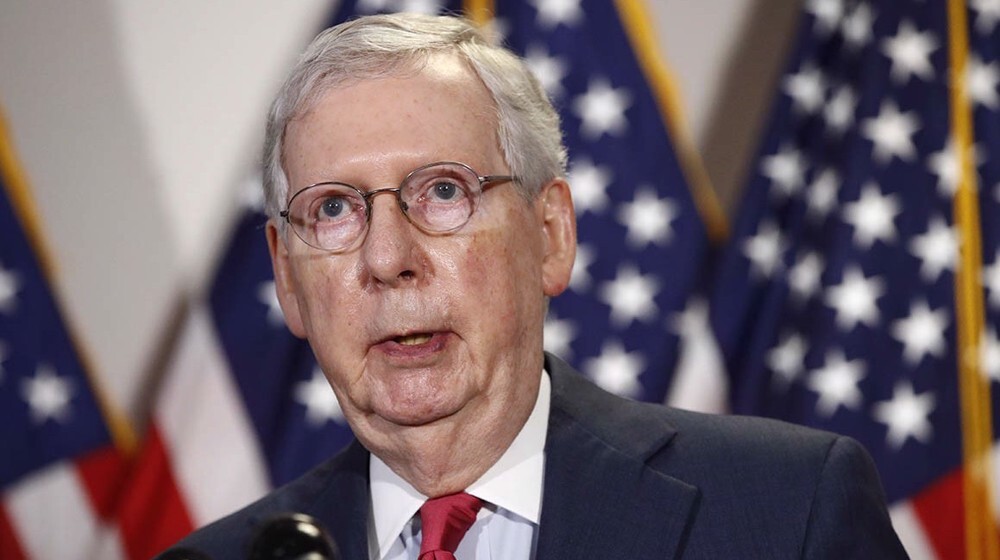 The more than $2 trillion plan the White House has unveiled “is not going to get support from our side,” McConnell told a news conference in Owensboro, Kentucky on Thursday.

“I’m going to fight them every step of the way, because I think this is the wrong prescription for America,” he added, noting Biden has no public mandate for the proposal.

This comes a day after the Democratic president unveiled his “American Jobs Plan” which combines spending on roads and bridges with climate change initiatives and human services like elder care.

The proposal would also raise the corporate tax rate to 28% to offset the spending, however, Republicans oppose any tax increases, arguing they could impede the US economic recovery.

"My view of infrastructure is we ought to build that which we can afford, and not either whack the economy with major tax increases or run up the national debt even more," McConnell said.

Democrats would have to use budget reconciliation to pass the bill on their own, unless 10 Republicans break with McConnell or Biden revises the plan to win GOP votes.

Biden himself has said he wants to win GOP support for the plan, announcing on Thursday a team of five Cabinet officials would be responsible for engaging with Congress about his proposal, working out the details of the plan and pitching it to the public.

In response to McConnell’s comments, White House press secretary Jen Psaki on Thursday threw into question whether the Republican Senate leader agrees that the US needs to update its infrastructure and expand broadband access.

“We will accept some of what he is proposing,” said Democratic Representative Richard Neal, who chairs the tax-writing House Ways and Means Committee.

“If we can improve upon the president’s proposal, we want to do that,” Neal added.