Armed resistance against US forces in Iraq to persist until full withdrawal, Asa’ib leader warns

Friday, 02 April 2021_The leader of Iraqi anti-terror movement Asa’ib Ahl al-Haq has said the armed resistance against American forces occupying Iraq will continue until they are fully removed from the Arab country. 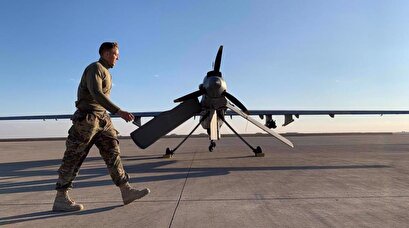 “As resistance groups, we have taken up and will continue to take up arms to destroy any US or US military presence on Iraqi soil,” Qais Khazali said on Thursday.

“There is no room for American military bases, neither in al-Assad nor in al-Harir,” he said. “This is the decision and promise of the men of resistance.”

Iraqi lawmakers, last year, approved a bill requiring the Baghdad government to end the presence of all foreign military forces in the Arab country.

Anti-American sentiments rose sharply following the assassination of the two top commanders, who played a major role in the defeat of the Daesh terrorist group in Iraq. It is estimated that there are currently 2,500 American troops in Iraq.

“We emphasize that the current operations of the resistance will continue and will increase everywhere in Iraq, in the west and in the north of the country. This is a fundamental issue which we want to be a national stance,” Khazali said.

He said demanding the expulsion of American forces amounts to the implementation of the country’s constitution.

The United States is set to resume strategic talks with Iraqi officials this month over the status of its combat forces in Iraq.