Friday, 02 April 2021_Russia has warned that that any attempts spearheaded by the West to start a new military conflict in Ukraine’s war-torn east would culminate in the destruction of Ukraine. 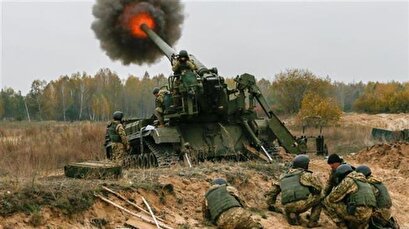 Russian Foreign Minister Sergei Lavrov raised the alarm on Thursday, after Ukraine’s commander-in-chief accused Moscow of building up forces near their shared border and claimed that pro-Russian separatists were systematically violating a ceasefire in the eastern Ukrainian region of the Donbass.

Lavrov stressed that most of Ukraine's military appeared to understand the danger of a "hot conflict" in Donbass, and said, "I very much hope that they will not be incited by politicians, who in turn will be incited by the West, led by the United States.”

"Russian President Putin said this not long ago, but this statement is still relevant today, that those who would try to start a new war in Donbass, will destroy Ukraine," Lavrov added.

The Kremlin said earlier in the day that recent Russian troop and military hardware movements near Russia’s borders with Ukraine were aimed at ensuring Moscow’s own security and posed “no threat” to anyone.

"There is increased activity on the perimeter of Russia's borders by NATO, other alliances, individual countries – it all obliges us to be vigilant," the Kremlin underlined.

Ukrainian Foreign Minister Dmytro Kuleba also said on Thursday that he had spoken to the Organization for Security and Cooperation in Europe (OSCE), which monitors the effects of the conflict in eastern Ukraine, about Russia’s “systemic aggravation” of the security situation in Ukraine and Crimea.

Moreover, a NATO official claimed that Moscow was undermining peace efforts in the restive Ukrainian region.

“Allies shared their concerns about Russia’s recent large scale military activities in and around Ukraine. Allies are also concerned about Russian violations of the July 2020 ceasefire that led to the death of four Ukrainian soldiers last week,” the NATO official told Reuters.

Kyiv and Moscow have traded blame in recent weeks for a spike in violence in the Russian-speaking eastern Donbass region, where Ukrainian troops and pro-Russian forces have fought a conflict that has killed 14,000 people since 2014 by Ukraine’s estimate.

The armed confrontations began when a wave of protests in Ukraine overthrew a democratically-elected pro-Russia government and replaced it with a pro-West administration. The majority in those areas refused to endorse the new administration.

That new government then began a crackdown on the mainly ethnic Russians in the east, who in turn took up arms and turned the two regions of Donetsk and Lugansk — collectively known as the Donbass — into self-proclaimed republics.

Kiev and its Western allies accuse Moscow of having a hand in the crisis. Moscow, however, denies the allegations.

Relations between Moscow and Kiev further deteriorated when the Black Sea peninsula of Crimea rejoined Russia following a referendum in 2014. More than 90 percent of the participants in the referendum voted in favor of that unification.

Later in 2015, the two sides signed a ceasefire deal in the Belarus capital Minsk with French and German support, but both parties have on numerous occasions accused each other of violating the ceasefire.

‘US suspends visa services at consulate in Russia’

In another development on Thursday, the US ambassador to Russia announced that his country was suspending its visa and citizen services at the US consulate in the far eastern city of Vladivostok in Russia and would make the services available only at its embassy in the capital, Moscow, following a safety and security review of its operations.

Ambassador John Sullivan said the US consulate in Vladivostok would remain open but would no longer issue visas or offer services to US citizens as of Thursday, meaning all visa applications from Russia will be processed by the embassy in Moscow.

The move comes after the United States halted work at two consulates in Russia last year, citing safety and security issues at the facilities where operations had been curtailed over COVID-19.