Saturday, 03 April 2021_At least four United Nations peacekeepers have been killed after suspected terrorists launched a major attack on their base in northern Mali, the UN mission says. 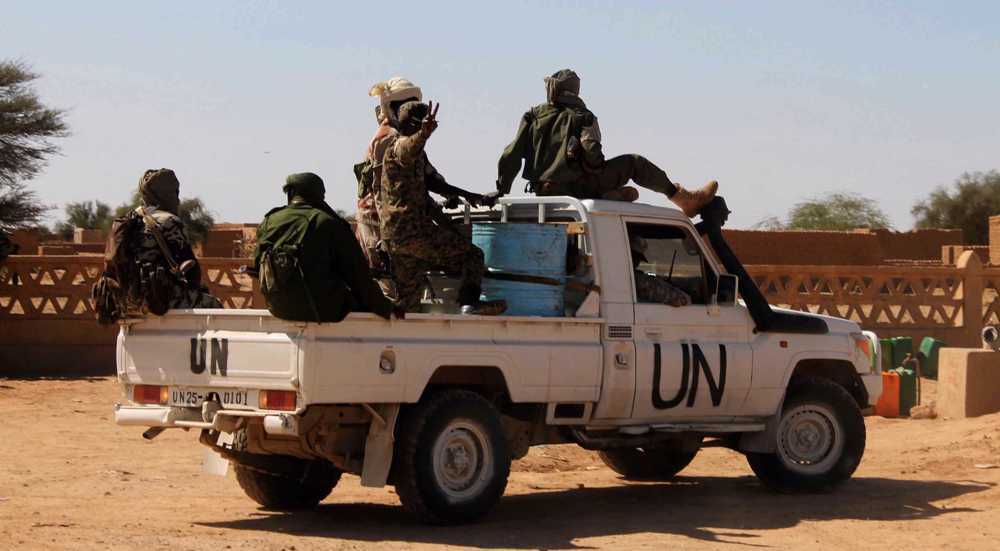 In a statement, the UN Multidimensional Integrated Stabilization Mission in Mali (MINUSMA) said that the peacekeepers were killed after their camp, mostly home to Chadian peacekeepers, in Aguelhok came under a heavy attack by suspected Takfiri terrorists early on Friday.

The peacekeepers “bravely pushed back a complex attack carried out by several heavily-armed terrorists,” the statement said, adding that an unspecified number of others were also wounded, according to a provisional toll.

It went on to say that the attackers had suffered heavy losses and had abandoned “several of their dead.”

An unnamed source told AFP that the “very large magnitude” dawn raid had been carried out by some 100 attackers on motorbikes and in vehicles.

“The fighting lasted three hours" and involved "mortar shells, shooting exchanges... (and an) attempted car bombing,” which was countered, the source said, adding that about 20 assailants had been killed.

A Chadian military source also said “two of our forces' positions were attacked. We lost four people, including our forces' detachment commander, and 16 were injured.”

The MINUSMA called that attack yet another “attempt against the peace process” that would “in no way undermine its determination to continue the execution of its mandate.”

It also thanked “international forces for their aerial support.”

The deadly attack on Friday took to 10 the number of MINUSMA troops who lost their lives this year.