Saturday, 03 April 2021_Taiwan says European countries, alongside the United States, are providing help for the self-ruled island’s indigenous submarine project, as Taipei works to boost its military capabilities amid tensions with Beijing. 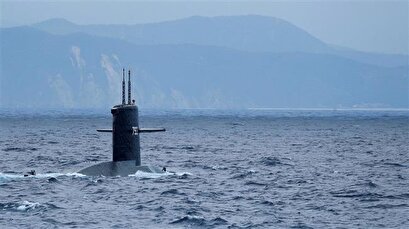 Taiwan’s Defense Ministry made the announcement in a statement late Friday after US media claimed that the island was getting assistance from North Korea to revamp its submarine force.

The ministry rejected the US' claim and said, “Assistance is all provided by important countries in Europe and the United States,” without providing further details.

Taiwan, which China views as its own territory, has worked for years to modernize its submarine fleet, some of which dates back to World War Two.

European countries are generally wary of allowing arms sales to Taiwan due to fear of angering China, nevertheless, two of Taiwan’s four active submarines were built in the Netherlands in the 1980s.

Moreover, France has previously sold Taiwan frigates and fighter jets, with Taipei saying it was seeking to buy equipment from the European country to upgrade its ships’ missile interference system.

China considers the self-ruled island as a breakaway province that should be reunited with the mainland under the internationally-recognized “One China” policy. Almost all world countries, including the US, recognize that sovereignty.

Under that policy, countries are not allowed to have formal relations with Taiwan.

Although Washington has no formal relations with Taipei, it is the island’s largest weapons supplier and an avid backer of Taiwan’s secessionist president.

The Taiwanese government signed a 62-billion-dollar deal early last year to purchase F-16 fighter jets from the US.

Beijing has repeatedly warned the US against expanding ties with Taiwan, calling the weapons sales a violation of China’s sovereignty.

The US also regularly conducts provocative maneuvers around the self-governed island, particularly by sailing its warships through the sensitive and strategic Taiwan Strait, which separates Taiwan from mainland China.

Tensions between the US and China remain at their highest point in decades, with sharp divisions over a host of political and economic issues, including Hong Kong and the coronavirus pandemic.