Parl. Spox.: Step-by-step return of US to the agreement is rejected

Saturday, 03 April 2021 (YJC)_ Foreign Policy Commission Spokesman said the step-by-step return of US to the agreement is rejected. 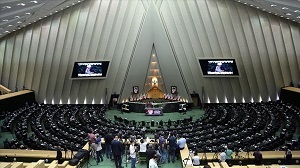 In an interview with Al-Masirah network correspondent, The spokesman for the Iranian Parliament's National Security and Foreign Policy Committee, Abolfazl Amouei said, "Gradual and step-by-step return of US to the agreement is rejected.”

“US is responsible for the current crisis in the implementation of the obligations under the nuclear agreement” he said while adding that “this country withdrew from the agreement in 2018 and violated UN Security Council Resolution 2231.”

He went on to say that the US was the country who prevented other countries from fulfilling their obligations and emptied JCPOA of its economic benefits for Iran.

"Iran has legally reduced its obligations under Articles 26 and 36 of the nuclear deal and these are legal steps, within the framework of the deal as it was the American side that withdrew," Amouei added.

Elsewhere in his remarks he said that US must abide by its obligations under the agreement and lift sanctions in a tangible way while adding that “This move to return to JCPOA is a retreat from the wrong decision to pull out of the deal. The policy of maximum economic pressure has, by their own admission, failed. Sanctions must be completely lifted."

He finally added “Gradual and step-by-step return to the agreement is rejected in our view. It was the US that made the mistake and it is the US who must correct this mistake."