Sunday, 04 April 2021_A shooting at a house party in Wilmington, North Carolina has left three people dead and four others injured. 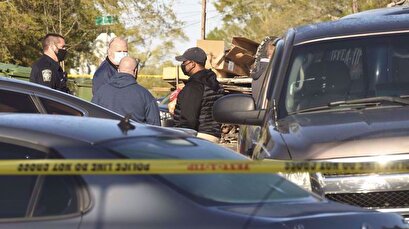 The shooting happened inside a home early on Saturday, according to Wilmington Police Chief Donny Williams.

Officers, who received a report about shots being fired, arrived at the scene to discover guns had been fired and seven people had been shot, three of them fatally.

The injured victims were hospitalized and their conditions are unknown.

"We are still working to notify family members of this tragic event and are, therefore, unable to release the names of the victims at this time," police said.

“In my more than two decades as a prosecutor this is one of the worst crimes we have ever had in the Port City,” said District Attorney Ben David. “The community’s unimaginable grief must be met with an equal commitment to get justice for all of the victims in this case.”

The deadly incident comes on the heels of other mass shootings in California, Colorado and Georgia.

Four people, including a 9-year-old boy, were gunned down at a business complex in Orange, California on Wednesday.

Also on March 22, ten people were killed, including a police officer, after a gunman opened fire in a grocery store In Boulder, Colorado, randomly shooting people.

In addition, eight people were killed in three separate shootings at metro Atlanta spas on March 16.

Mass shootings occur across the United States with increasing frequency.

Amnesty International has warned that the gun violence situation in the US has grown into a full blown "human rights crisis" and the administration of former President Donald Trump was doing little to solve it.
Share to
Related News
3 killed and injured in Florida shooting
Tags
shooting ، shot ، North Carolina
Your Comment