US claims naval ‘strike group’ in Mediterranean to hit Daesh in Syria, Iraq

Sunday, 04 April 2021_The US military has announced that a naval “strike group” of warships led by the USS Dwight Eisenhower aircraft carrier has begun flight operations this week to support what it claimed as “the continuing campaign” against remnants of Daesh terrorists in Syria and Iraq. 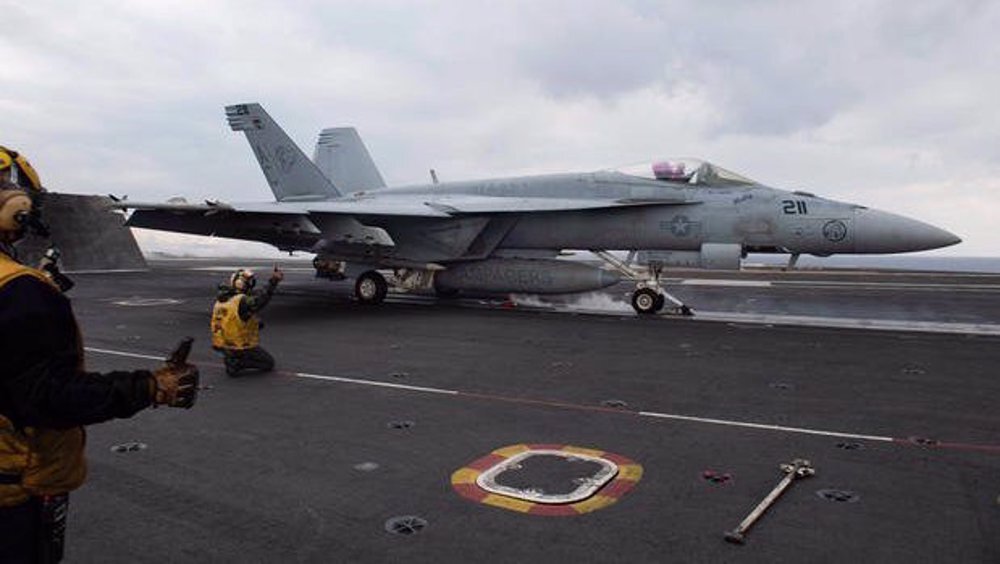 “We can provide a wide range of options to our nation and allies in deterring adversarial aggression and disruption of maritime security and regional stability,” the strike group commander, Rear Adm. Scott Robertson, declared as quoted in a Friday report by Daily Press a local newspaper in Newport News, Virginia, home to major US naval bases that deploy warships to the Western Asia and Persian Gulf regions.

According to the report, US warplanes “from Carrier Air Wing 3” -- based at the nearby Naval Air Station Oceana in Virginia Beach – began flying on March 31 “in support of Combined Joint Task Force Operation Inherent Resolve to demonstrate US commitment to security in the region.”

Currently operating in the eastern Mediterranean Sea, the strike group was initially deployed five weeks ago, “and operations so far included a joint exercise with the Royal Moroccan Navy and Air Force and with a multi-national group led by Romanian forces in the Black Sea,” it further noted.

Such claims -- though never mentioned in Iraqi media outlets --came amid recent reports that US forces occupying Syria have airlifted 40 members of the notorious Daesh terror group from al-Houri prison to a military base in al-Shadadi city in the country’s southern Hasakah province.