Zarif trip to Saudi Arabia under consideration by Majlis

Tehran, YJC. The Majlis National Security and Foreign Policy Committee has announced that it is considering a trip by the Iranian FM to Saudi Arabia. 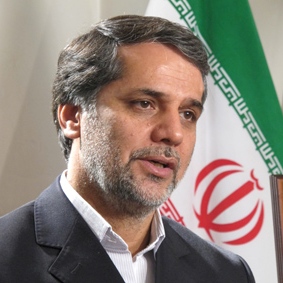 The committee spokesman Hossein Naqavi Hosseini providing comments on the committee’s session on Sunday said that the MPs are considering a trip by Foreign Minister Mohammad Javad Zarif to Saudi Arabia.

He also said that the Deputy Foreign Minister in Arab and African Affairs Hossein Amir Abdullahian had stated that as two great countries of the Middle East region, Iran and Saudi Arabia must work to remove disagreements and reduce tension to prevent foreign intervention.

Saudi Arabia feels the threat of ISIL and is seeking a way to get rid of it, he had said.

The MP said that Abdullahian also commented on regional developments, especially regarding the terrorist groups and the coalition that is formed against them.

Hosseini added that the diplomat has stated that Iran considers the U.S.-lead coalition fake.

"Americans are looking for a footing in the region so that they may make up for their defeats in Syria and Iraq,” he quoted Abdullahian.

Hosseini further stated that in the meeting, lawmaker Mansour Haqiqatpour had also addressed measures that have followed the downing of an Israeli drone in Iran’s aerospace.

He said that Haqiqatpour had stated that the country from whose land the drone had been flown must be punished, for which Iran is going to propose a set of actions.