China: US unilateral withdrawal is the root of the Iran nuclear crisis

Tuesday, 06 April 2021 (YJC)_The Chinese FM Spox said the US unilateral withdrawal from JCPOA is the root of the Iran nuclear crisis. 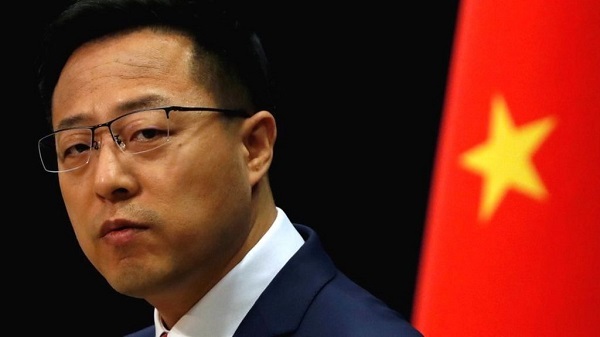 In a news conference on Tuesday the Chinese Foreign Ministry spokesman, Zhao Lijian said the US unilateral withdrawal from JCPOA is the root of the Iran nuclear crisis.

“The US must return unconditionally to JCPOA. Currently, Iran's nuclear deal is at an important stage. China welcomes the JCPOA meeting to discuss issues related to the lifting of US sanctions and Iran's return to its commitments," he said.

Criticizing Washington's unilateral sanctions against the Islamic Republic, he continued: "Beijing also supports talks between JCPOA members and the US in a proper way and we hope that all parties will reach a consensus on the plan to return the United States and Iran to their commitments."

"What I want to emphasize is that the unilateral withdrawal of the United States from the JCPOA undermined the agreements of all members of this nuclear agreement, and this is the root cause of the current crisis over Iran's nuclear program."

"The United States must return to the JCPOA unconditionally, lift all illegal sanctions against Iran, and abandon its use of force against other parties," he noted.

"While defending its legal rights and interests, China has always played a constructive role on the issue of Iran's nuclear program and continues to strive to get the JCPOA back on track as quickly as possible," Lijian added.

Share to
Related News
Intelligence Report Assesses claimed Iran is a regional menace
US scrambling to grasp, cope with Iran-China deal
Biden will reenter Iran nuclear deal unconditionally: Italian international relations expert
Enemy wants Iranians to submit to US will: Top general
US Presidents Use Iran as ‘Campaign Cudgel’ to Get Elected: Spokesman
Trump claims Iran will sign new nuclear deal with US within one month after his reelection
Tags
US ، Iran ، JCPOA ، nuclear deal
Your Comment