Wednesday, 07 April 2021 _Ethiopia has accused Egypt and Sudan of obstructing the latest round of three-way talks on a contested dam that it has been building over the Nile River, as tensions continue to simmer between the African neighbors over the project. 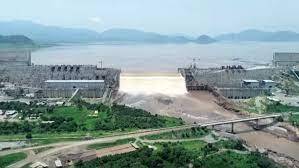 The meeting failed "due to Egypt and Sudan's rigid stance to make the negotiation and the outcome a tool to affirm their self-claimed water share and foreclose Ethiopia's share," Ethiopia's Foreign Ministry said in a statement on Tuesday.

This came after the talks on the Grand Ethiopian Renaissance Dam (GERD), which were held in the Democratic Republic of the Congo's capital, Kinshasa, ended with no progress.

DRC President Felix Tshisekedi, as the current chair of the African Union (AU), hosted the meeting, in which delegations from the three countries participated, in the latest bid to ease decade-long tensions over the project.

"The two countries followed an approach which seeks to undermine the AU-led process," the Ethiopian Foreign Ministry further said, adding that Egypt and Sudan had sought to stall and "obstruct the process" by rejecting the draft communique.

The ministry said Ethiopia would continue with the second stage of filling the dam's reservoir as scheduled during the upcoming rainy season, and expressed the country's readiness to facilitate data and information exchange on the process.

"Ethiopia cannot enter into an agreement that would foreclose its current and future legitimate rights over the utilization of the Nile," it added.

Tensions have been running high amid the lack of consensus on the filling and operation of the 4.6-billion-dollar GERD after multiple rounds of talks over the years among Egypt, Ethiopia and Sudan.

The Nile, which provides nearly 97 percent of Egypt's freshwater needs, is a lifeline supply of both water and electricity to the 10 countries it traverses.

Egypt fears that the filling of the dam will trigger a water shortage crisis in the event of a prolonged drought.

The Egyptian government claims that if it takes five years to fill the Ethiopian dam, it will reduce Egypt's water supply by 36 percent and destroy half of the country's farmland.

Sudan, Ethiopia's northern neighbor, also worries about the potential consequences of GERD's construction on its own dams, as well as the safety of its population and farmland from flooding that could result from faults in the construction or operation of the dam.

The Ethiopian government has refuted claims that the dam will have a detrimental effect on the downstream water flow into Sudan and Egypt.

According to Ethiopia, the dam will supply electricity for its citizens, boost its development, and generate foreign exchange through the sales of the electricity to its neighbors.

"We are talking about taking into account all 250 million souls who live in the three countries and their interests," Mahdi said, warning that "without a new program (for discussions), Ethiopia has an open road to place the people of the region and the entire African continent in danger."

She said Ethiopia's insistence on such unilateral moves was a violation of international law, expressing hope that President Tshisekedi will be able "to end these interminable and insufficient negotiations."

Sudan and Egypt were aligned on a proposal to include the European Union (EU), the United States, and the United Nations (UN) as additional mediators.

Both countries said Ethiopia rejected the proposal during the meeting, as well as other suggestions to restart negotiations.

"This position reveals once again Ethiopia's lack of political will to negotiate in good faith," the Egyptian Foreign Ministry said in a statement.