Wednesday, 07 April 2021 _Russia has warned that Ukraine's potential accession to the Western military alliance of NATO would exacerbate the ongoing conflict in the Russian-speaking east of the country. 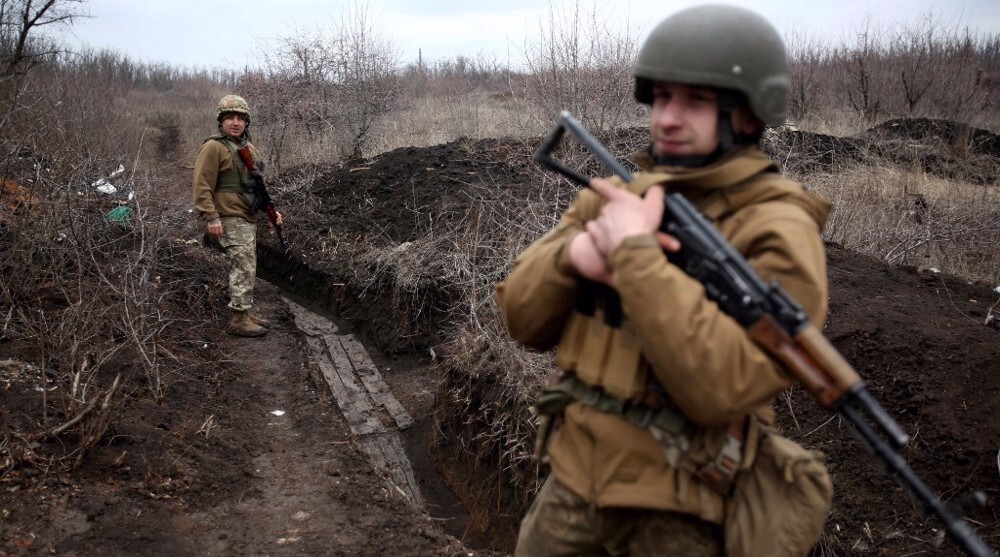 "We deeply doubt that it (Ukraine's admission to NATO) will somehow help Ukraine to deal with its internal problem. From our point of view, it will only exacerbate the situation further because people's opinions cannot be overlooked in any way when you talk about joining NATO," Peskov stated, adding, "And if you ask opinions of several million people in the self-proclaimed republics, you will understand that such a membership in NATO is deeply unacceptable for these people."

The conflict in the Donbass began in 2014, after a wave of protests in Ukraine overthrew a democratically-elected pro-Russia government and replaced it with a pro-West administration. The majority of the residents in the eastern region refused to endorse the new administration.

That new government then began a crackdown on the mainly ethnic Russians in the east, who in turn took up arms and turned the two regions of Donetsk and Lugansk — collectively known as the Donbass — into self-proclaimed republics.

Kiev and its Western allies accuse Moscow of having a hand in the crisis. Moscow denies the allegation.

Peskov said there was no sign that Kiev intended "to calm down" and "take control of its armed forces" in the conflict.

"The main thing is that nothing provokes military hostilities of the Ukrainian armed forces against their own people, against people who live in the self-proclaimed republics," the Russian official said.

"NATO is the only way to end the war in Donbass," Zelensky, a former comedian who was elected president in 2019, insisted to Stoltenberg in a phone call.

A membership action plan laying out Ukraine's entry path into the alliance "will be a real signal for Russia," he said.

Zelenskiy also called on NATO member states to increase their military presence in the Black Sea region south of Ukraine.