Thursday, 08 April 2021 _Refugee children held at a Texas migrant detention facility have been sexually assaulted, says the Texas governor, blaming President Joe Biden for the deepening humanitarian crisis at the border with Mexico. 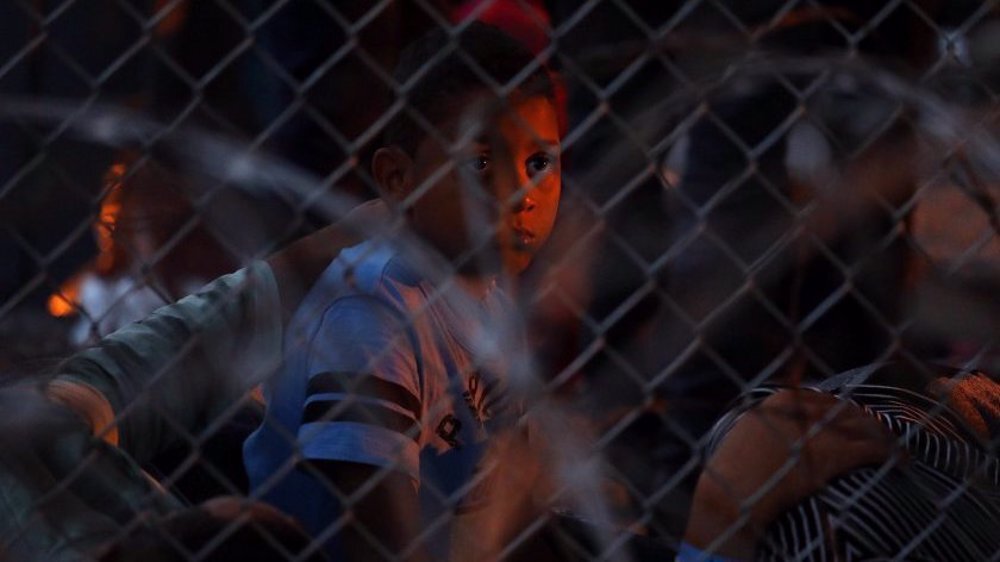 Texas Governor Greg Abbott said Wednesday that children held at an improvised facility in the city of San Antonio “are being sexually assaulted.”

He said it wasn’t clear how many children had been abused, remarking that the allegations are “very credible.”

“In short, this facility is a health and safety nightmare,” the governor said, before instructing the Department of Public Safety and the Texas Rangers to begin investigating the reports of sexual abuse.

Abbott blamed President Biden’s “open border policy” for the crisis at the border, calling for him “to shut down the facility immediately.”

“These problems are a byproduct of President Biden’s open border policies and the lack of planning for the fallout” of those policies, the governor said.

“The Biden administration is now presiding over the abuse of children,” he added.

Abbott called on the White House to “immediately” close down the child detention facility and move the migrant children to federally run facilities with enough “space, personnel and resources to ensure their safety.”

Biden, a democrat, stands accused of inciting a chaotic migrant rush on the US border with Mexico after he vowed to unwind many of the immigration policies of his Republican predecessor Donald Trump when he assumed office in January.

According to preliminary Customs and Border Patrol figures shared with Reuters last week, over 171,000 migrants were picked up along the US-Mexico border in March, the highest monthly total since 2006.

Soon after taking office, Biden, however, opened a detention center, used by Trump, to lock up hundreds of refugee children — a move the Democrat had criticized as former president’s “zero tolerance” immigration policy.

A new poll by The Associated Press-NORC Center for Public Affairs Research says more Americans disapprove than approve of how Biden is handling waves of unaccompanied migrant children arriving at the border.

Overall, 40% of Americans disapprove of Biden’s handling of children reaching the country’s southern border without their parents, compared with just 24% who approve. Thirty-five percent don’t have an opinion either way.

Washington has been battling to house and process an increasing number of unaccompanied children, who have been stuck in prison-like border stations for days.

US Border Patrol officials detained more than 11,000 unaccompanied migrant children between February 28 to March 20, a massive increase from the 5,600 children the agency apprehended in January.

Biden said recently his administration is “sending back the vast majority of the families that are coming.”

The president said the United States is going to need help from Mexico, Honduras, Guatemala and El Salvador and that Vice President Kamala Harris “agreed to lead our diplomatic efforts and work with those countries.”

Last month, the Pentagon said it would hold thousands of the detained migrant children at two military facilities in Texas.

Earlier this week, it approved a third military base in California to hold migrant children.

Children arriving at the border are being kept at Border Patrol custody for longer than three days on average, before the Department of Health and Human Services (HHS) can house the minors at other facilities until they can be relocated with family or a sponsor in the US.

More than 15-thousand kids, including many of those forcibly separated from their parents, are now in the care of the department as US officials are struggling to process them.