Thursday, 08 April 2021 _Egypt’s President Abdel Fattah el-Sisi has threatened neighboring Ethiopia with potential war over a contested dam that the latter country has been building on the Nile River, affecting a major Egyptian water source. 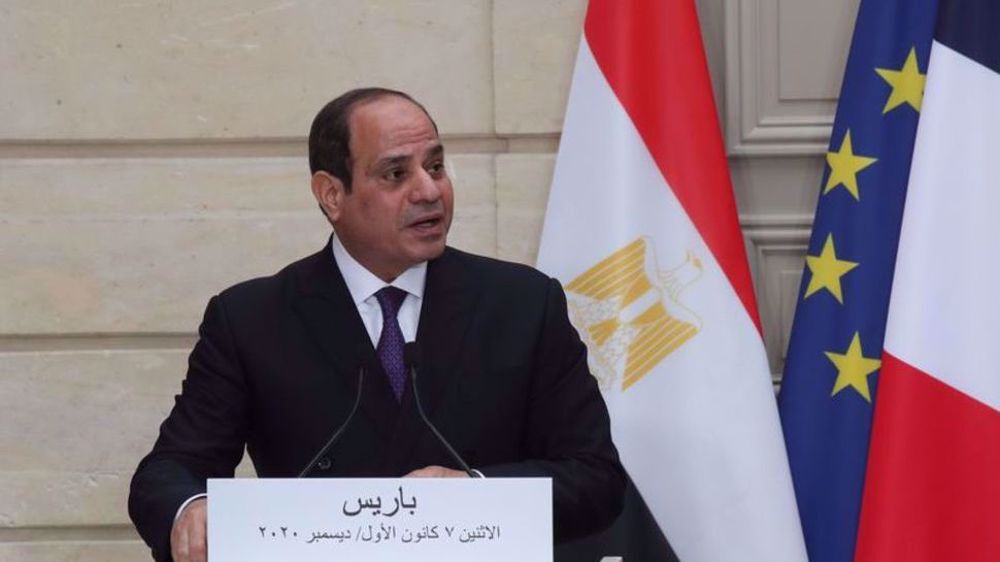 “I am telling our brothers in Ethiopia, let’s not reach the point where you touch a drop of Egypt’s water, because all options are open,” Sisi said on Wednesday.

But he also cautioned that the region had already “witnessed the cost of any confrontation,” referring to past regional conflicts.

The remarks came after the latest round of three-way talks on the Grand Ethiopian Renaissance Dam (GERD) ended without result in the Democratic Republic of the Congo (DRC)’s capital, Kinshasa, on Tuesday.

The Ethiopian project would affect both Egypt and Sudan, which were present in the talks along with Ethiopia.

Sisi said Egypt and Sudan were coordinating on the issue, stressing that “cooperation and agreement are much better than anything else.”

Egypt had already said that the Kinshasa talks were the last chance to reach an agreement before Ethiopia begins to fill the dam for the second year in a row after seasonal rains begin this summer.

Last week, Sisi said there would be “inconceivable instability in the region” if Egypt’s water supply were affected by the dam.

For roughly the past decade, Egypt, Ethiopia, and Sudan have been in talks to secure an agreement on unresolved issues related to the potential impact of the $4.6-billion GERD on their water security.

Ethiopia insists that the project is vital for its electrification and development needs.

Egypt, which depends on the Nile for some 97 percent of its irrigation and drinking water, fears that the filling of the dam will eventually trigger a water shortage crisis in the event of a prolonged drought.

The Egyptian government claims that if it takes five years to fill the Ethiopian dam, it will reduce Egypt’s water supply by 36 percent and destroy half of the country’s farmland.

Sudan, Ethiopia’s northern neighbor, is also concerned about the potential consequences of GERD’s construction for its own dams, as well as for the safety of its population and farmland from flooding that could result from faults in the construction or operation of the dam.

The Ethiopian government has refuted claims that the dam will have a detrimental effect on the downstream water flow into Sudan and Egypt.

Separately on Wednesday, Sudanese Irrigation and Water Resources Minister Yasser Abbas issued a warning, saying his country stood ready to harden its stance in the dispute and lobby at the highest international levels.

“There is a path of political escalation, and all options are open to Sudan according to international law, including returning [the matter] to the UN Security Council and hardening policy… [if] Ethiopia embarks on a second filling [of the dam] without agreement,” Abbas said at a news conference in the capital, Khartoum.