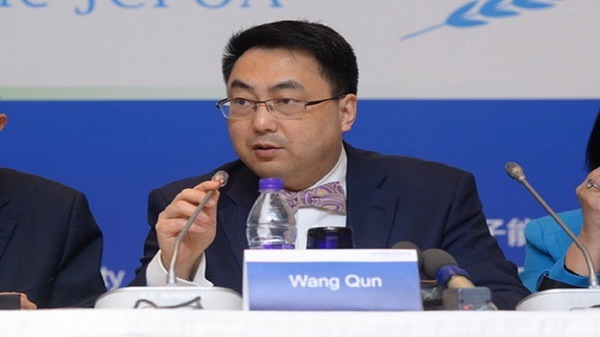 The U.S. promise on lifting unilateral sanctions against Iran must be put into action immediately, said Wang Qun, Chinese envoy to the United Nations and other international organizations in Vienna, on Friday.

"Regarding the unilateral sanctions imposed by the United States (against Iran), China and the parties concerned clearly expressed their concerns at the meeting and it must be lifted immediately," Wang told Xinhua after the Iran nuclear deal talks on Friday.

The Joint Commission of the Joint Comprehensive Plan of Action (JCPOA), known as the Iran nuclear deal, resumed talks here again on Friday, with the lifting of sanctions on Iran and nuclear implementation measures on top of the agenda.

Wang said that "such sanctions problems were all caused by the previous U.S. government's illegal sanctions on entities and individuals that implemented the JCPOA."

He stressed that the lifting of these sanctions is "not only a bilateral issue, but also an important aspect of safeguarding the JCPOA, which is the result of multilateralism."

"We have noticed that the U.S. side recently released some positive messages about the lifting of such sanctions, and we call on the U.S. to take practical actions immediately to facilitate the complete and effective implementation of the JCPOA," Wang added.

The Joint Commission tasked expert groups to continue their work and agreed to reconvene in Vienna in the course of next week, the European External Action Service (EEAS) said in a press release on Friday after the meeting.

Share to
Related News
US sanctions must be removed in practice rather than on paper, says top Iranian negotiator
Tehran not to reduce nuclear activities before US lifts all sanctions, returns to JCPOA: Iran’s chief negotiator
Ayatollah Khamenei: Verification of US sanctions removal means Iran should be able to sell its oil
Rouhani: US blocked Iran’s access to 10m doses of coronavirus vaccine
Zarif: No Iran-US Meeting in Next JCPOA Joint Commission Session
Tags
China ، US ، Iran ، Unilateral sanctions ، sanctions ، us sanctions ، JCPOA ، jcpoa commission meeting
Your Comment