Saturday, 10 April 2021_Dates are one of the fruits of paradise in Islamic tradition. With their paper-thin skin and juicy sweet flesh, they have pride of place especially on Muslim dinner tables. 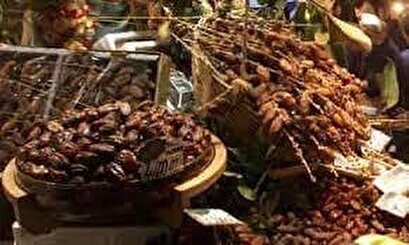 Walk into any Halal or indeed other supermarket in England, and you’ll find dates of all kinds. They come from different places including Palestinian territories. During Ramadan, they fly off the shelves. But how could Muslims in the EU and here in Britain breaking their fast in the holy month be supporting the brutal Israeli occupation of Palestine?

The Struggle for Justice: a campaign to boycott Israeli dates in the UK, Israel’s second largest market for dates, has the answer to that question.

Over half of those dates are grown in the illegal settlements, ruled by the United Nations, the International Court of Justice and several other international organizations as illegal and built on stolen Palestinian land.

Not only that, Israeli settlers are said to employ low-paid Palestinian laborers, among them children, to do the back-breaking job of picking the dates. But how are Muslims and non-Muslim Palestinian rights activists to ensure that they’re not from Israel or illegal Israeli settlements.

This year’s call to boycott Israeli dates subscribes to the mission of the global Boycott, Divestment, Sanctions movement that works to end international support for Israel's oppression of Palestinians and pressure Israel to comply with international law.

This Ramadhan when Muslims in Britain break their fast with dates, they’ll be wise to ask themselves if the dates they’re eating are helping ease the suffering of Palestinians or are they going towards oppressing them.