Chief of Staff of Armed Forces: Removal of all US Sanction, our Solemn Demand

Saturday, 10 April 2021 (YJC)_ Chief of Staff of the Iranian Armed Forces said that US complete sanctions removal is a clear demand of Iran. 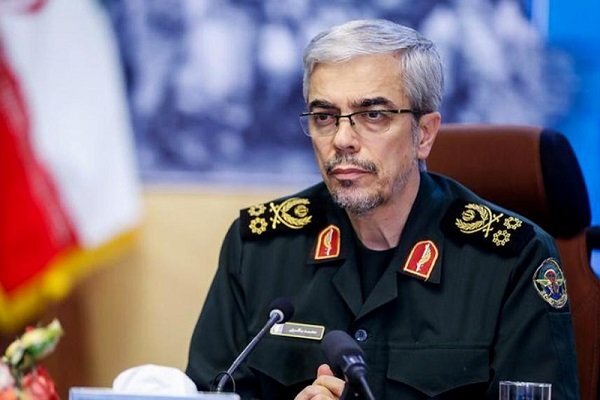 In his remarks during the 25th National Conference of Iranian Police Commanders on Saturday, Chief of Staff of the Iranian Armed Forces, Major General Mohammad Hossein Bagheri said that US complete sanctions removal is a clear demand of Iran.

He referred to the ongoing developments of the nuclear deal and added “The strategic policy of Iran, as instructed by the Leader of the Islamic Revolution, is simply the complete US sanctions lifting.”

Elsewhere in his remarks he said “If these sanctions are lifted and verified in practice, Iran will return to nuclear commitments, as it has always been true to its promises.”

“The enemy who tried to threaten Iran so much, left the scene with disgrace and was overthrown as another government came to power,” he said while referring to the maximum pressure policy of the US.

“The new US administration that has come to power but it also failed to fulfill its responsibilities; it has brought nothing but promise,” Bagheri added.

Share to
Related News
Zarif: Not Much time left for Biden
Iranian MPs: US set new trap in Vienna talk for Iran
FM Deputy: Signing lifting of the sanctions is not enough, actions needed
US sanctions must be removed in practice rather than on paper, says top Iranian negotiator
Tehran not to reduce nuclear activities before US lifts all sanctions, returns to JCPOA: Iran’s chief negotiator
Ayatollah Khamenei: Verification of US sanctions removal means Iran should be able to sell its oil
Rouhani: US blocked Iran’s access to 10m doses of coronavirus vaccine
Tags
irgc commander ، irgc ، us sanctions ، sanctions ، US
Your Comment