Sunday, 11 April 2021_A minor change in Boeing's 737 MAX manufacturing process that was insufficiently vetted caused an electrical system problem that on Friday temporarily grounded more than 60 of the aircraft — out of almost 200 MAXs that have returned to service since December. 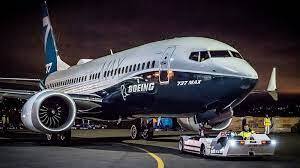 While this latest manufacturing flaw is unrelated to the flight-control system implicated in two fatal crashes that grounded the MAX for nearly two years, it slows the positive momentum that had begun to build as more MAXs took to the air and new orders came in from United, Alaska and Southwest.

The problem, according to two people with knowledge of the modified manufacturing process, arose when a backup electrical power control unit was secured to a rack on the flight deck with fasteners — in place of the rivets previously used.

Boeing said it discovered the issue "on a production airplane during normal build activity" and that inspections are needed to verify "that a sufficient ground path exists" for this control unit.

The Federal Aviation Administration (FAA) said Boeing notified it late Thursday that it was recommending certain MAX airplanes be temporarily removed from service.

FAA spokesperson Ian Gregor said Boeing's manufacturing switch from rivets to fasteners was "a minor design change" that did not require approval by either the federal safety agency or the internal Boeing organization that represents the FAA and assures compliance with regulations.

This latest problem adds to the long litany of missteps currently afflicting Boeing.

Manufacturing flaws have grounded more than 80 of the widebody 787 Dreamliners for months; design flaws mean the vision system on the Air Force's KC-46 military aerial refueling tanker must be completely revamped; and quality issues have delayed the Starliner spacecraft program.

And in a previously unreported problem, Boeing recently found a potential defect in a batch of 20 to 40 motors that move the horizontal stabilizer on all 737s, including the MAX and earlier models.

This motor — manufactured by Eaton, a supplier headquartered in Ireland — is part of the system that pitches the airplane nose up or nose down. Boeing said seven of the aircraft with a stabilizer motor from the defective batch are MAXs.

The motor "has been replaced in five of the MAXs already and the remaining two airplanes will have the parts replaced before they fly again," she said.