An insider's view of the country: The Kamancheh

Monday, 12 April 2021_One of the main instruments in a Persian musical ensemble, the Kamancheh which literally means little bow, has recently gained worldwide recognition having been brought to the attention of the UNESCO by Iranian officials. 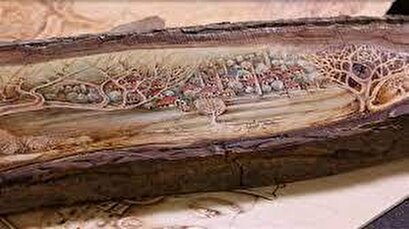 The Kamancheh is an Iranian bowed string instrument used in Persian, Azerbaijani, Armenian, and Kurdish music.The kamanchech is related to the rebab which is the historical ancestor of the kamancheh and the bowed Byzantine lyra. The strings are played with a variable-tension bow. It is widely used in the classical music of Iran, Armenia, Azerbaijan, Kurdistan, Uzbekistan and Turkmenistan with slight variations in the structure of the instrument.

In 2017, the art of crafting and playing with Kamantcheh/Kamancha was included into the UNESCO Intangible Cultural Heritage Lists of Azerbaijan and Iran.