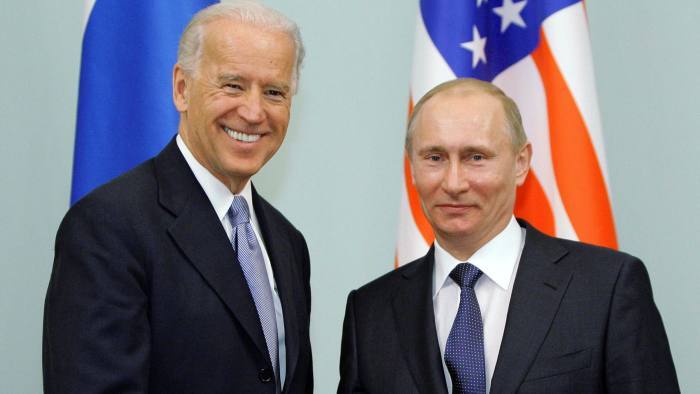 President Biden on Tuesday raised concerns with Russian President Vladimir Putin about escalating tensions in Ukraine, where Moscow has taken an aggressive posture.

Biden spoke to Putin over the phone for the second time since taking office and "emphasized the United States’ unwavering commitment to Ukraine’s sovereignty and territorial integrity," according to a White House readout of the call.

"The President voiced our concerns over the sudden Russian military build-up in occupied Crimea and on Ukraine’s borders, and called on Russia to de-escalate tensions," the White House said in a statement. "President Biden reaffirmed his goal of building a stable and predictable relationship with Russia consistent with U.S. interests, and proposed a summit meeting in a third country in the coming months to discuss the full range of issues facing the United States and Russia."

Biden and Putin also discussed the extension of the New START nuclear arms treaty, and the president warned his Russian counterpart against cyber intrusions and election interference in the wake of the SolarWinds hack, according to the White House.

But Russia's increasingly aggressive posture toward Ukraine has alarmed global watchdogs and caught the eye of the Biden administration.

Share to
Related News
Russia beefs up warship presence in Black Sea amid tensions with Ukraine
US May Consider Deploying More Troops in Ukraine
Ukraine: Russia may store nuclear weapons in Crimea
Russian envoy to US back in Moscow after Biden calls Putin a killer
Kremlin: Russia wants an apology from U.S. after Biden called Putin a killer
A Former Officer in The U.S. Army's Elite Green Berets Has Pleaded Guilty to Spying for Russia
EU, Russia, Germany lash out at US over imposing sanctions on gas pipeline
Tags
Joe biden ، vladimir putin ، russian president ، US
Your Comment