Wednesday, 14 April (YJC)_ Iranian President's Chief of Staff said Zionist regime has having a hand behind the recent incident in Natanz. 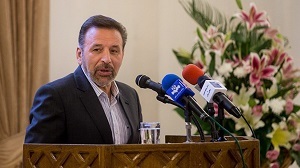 Iranian President's Chief of Staff, Mahmoud Vaezi told reporters on Wednesday that Zionist regime was behind the recent incident in Natanz.

“There is some evidence for participation of the Zionist regime in the Natanz incident,” Vaezi said then referred to the decision made by Iran to start 60% enrichment and added that “All of the activities are peaceful with specified purposes and the IAEA will be reported to about such measure.”

“The new US administration has announced that Trump's maximum pressure has failed but they continue their way while maintaining sanctions,” he said.

He went on to point out about Russian FM visit to Tehran and said “all aspects of bilateral cooperation have been discussed with Lavrov. JCPOA has been of the main issues conferred on during this visit.”