Zarif: Not Much time left for Biden

Thursday, 15 April (YJC)_ Iranian FM announced US administration has not much time to choose their policy. In a tweet, Iranian Foreign Minister Mohammad Javad Zarif said the US current administration has not much time to choose their policy.

"Nuclear terrorism at Natanz has unleashed dangerous spiral that can only be contained by ending US economic terrorism initiated by Trump. Biden/Harris have a clear choice to make: Either the Obama/Biden deal OR Trump's 'maximum failure' campaign No alternative. Not much time," he wrote. 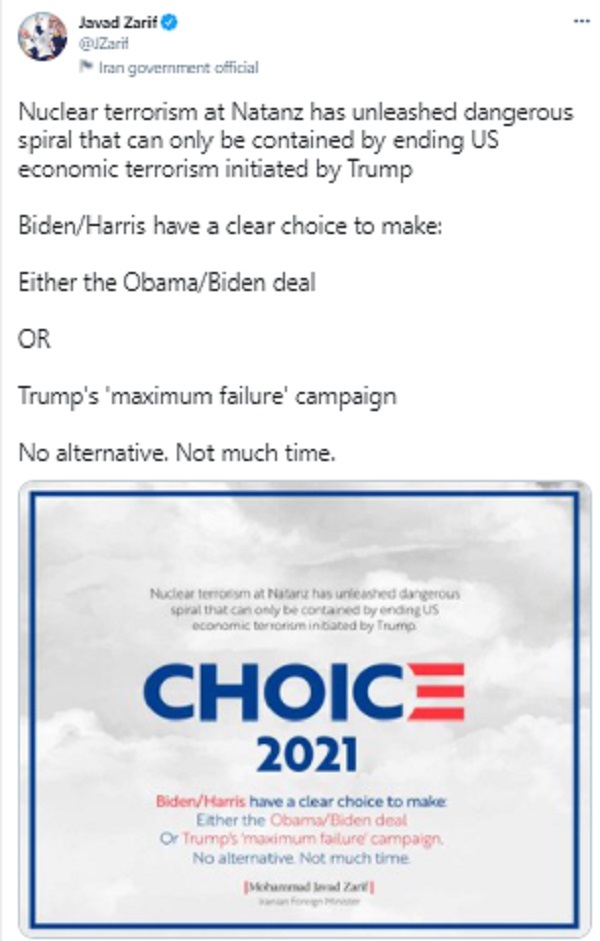