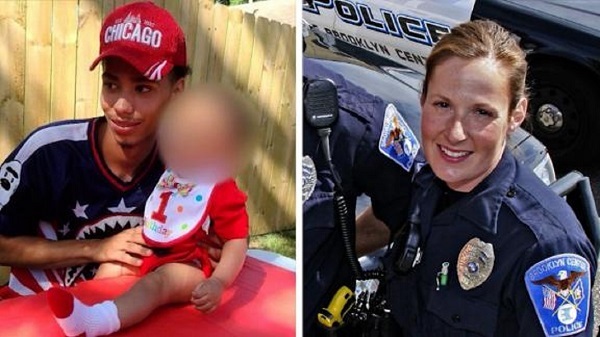 For the fourth night in a row, protesters gathered at the Brooklyn Center police station to demonstrate over the killing of 20-year-old Daunte Wright, a Black man, during a traffic stop in the Minneapolis suburb, hours after former police officer Kim Potter was arrested and charged in his death.

A firework was seen going off and police fired flash bombs as the curfew got closer. Officers declared the gathering an unlawful assembly late Wednesday about an hour before curfew.

The curfew in Brooklyn Center was from 10 p.m. and 6 a.m. CT, Mayor Mike Elliott said Wednesday during a news conference. Surrounding cities have also enacted curfews, but Minneapolis and St. Paul have not, according to their respective websites.

More than 3,000 Minnesota National Guard members have now been activated in the Twin Cities area, according to a tweet from Operation Safety Net (OSN).

Protests, some violent, have taken place each night in and around Brooklyn Center. OSN tweeted 79 people were arrested Tuesday night.

Wright's family had called for charges against the officer Fencing and barricades are in place around Potter's home, where two police officers and two police vehicles were seen in her driveway Wednesday.