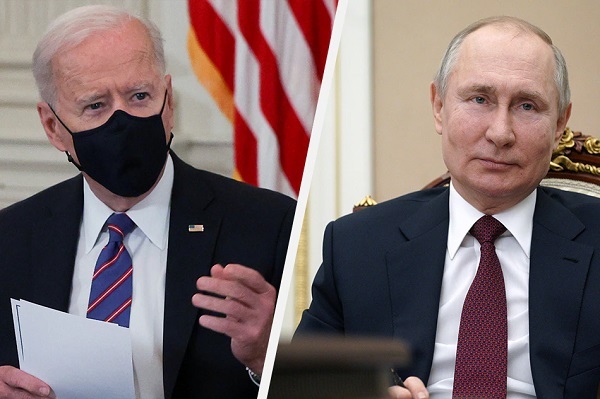 US President Joe Biden said on Thursday that now is the time to de-escalate tensions after slapping new sanctions on Russia, saying there is still room for the two countries to work together.

"I was clear with President Putin that we could have gone further, but I chose not to do so," Biden said in remarks to the press, referring to Russian President Vladimir Putin. "I chose to be proportionate."

Biden, who proposed a US-Russian summit, is trying to strike a balance between deterring what Washington sees as hostile Russian behavior, while avoiding a deeper deterioration in US-Russian ties and preserving some room for cooperation.

Biden's invitation to Russian President to hold a summit in a third country still stands, the White House said on Thursday after the United States slapped an array of sanctions on Moscow.

"The invitation remains open," said White House press secretary Jen Psaki. She said the United States believes a summit would be a good step forward toward "the development of a stable and predictable relationship" between the two countries.