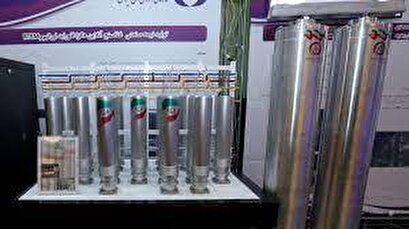 “The beginning of uranium enrichment at 60-percent purity for peaceful purposes is a clear indication of Iran’s progress, and an explicit message to the ill-wishers that peaceful nuclear technology has become indigenous in Iran,” Vaezi said in a post on his Twitter account on Friday.

“This means that the Iranian [nuclear] progress will not be stopped through the assassination of nuclear scientists and damaging nuclear facilities.”

On April 11, Iran reported an act of sabotage that led to a power failure at the Natanz uranium enrichment site. Officials, however, said the incident had not led to any casualties, damage or complications.

Iran has blamed the act of nuclear terrorism at Natanz on Israel, which has a history of carrying out sabotage acts against Tehran’s nuclear work and assassinating the country’s nuclear scientists.

Iranian officials have said while the aim of the attack was apparently to limit Iran's nuclear capability, all the centrifuges that went out of order due to the incident were of the IR1 type that are being replaced with more advanced ones.

Last year too, Natanz was targeted in another terrorist move that blew up parts of the installation, in an attack that Tel Aviv is suspected of having orchestrated.

The Israeli regime has, nevertheless, always evaded accountability for its acts of terrorism across the region as well as its own military nuclear program, all thanks to the United States shielding it from having to answer to international organizations over the crimes.

In another tweet, Vaezi said the start of 60-percent uranium enrishment was also a response to those who claimed over the recent years that the country’s nuclear industry has been stopped after Iran clinched the landmark nuclear deal of 2015, officially known as the Joint Comprehensive Plan of Action (JCPOA).

Both the US and the Europeans have kept silent on the attack against Natanz nuclear site, and, instead, expressed concern over Iran's 60-percent enrichment.

President Hassan Rouhani on Thursday rejected that ‘concern’ and said Washington and the EU had a false perception of Tehran’s latest remedial step away from the JCPOA.