Saturday, 17 April 2021_The Iranian Foreign Ministry has censured a fresh round of sanctions imposed by the United States against Russia, saying it was a “wrong move in an incorrect path.” 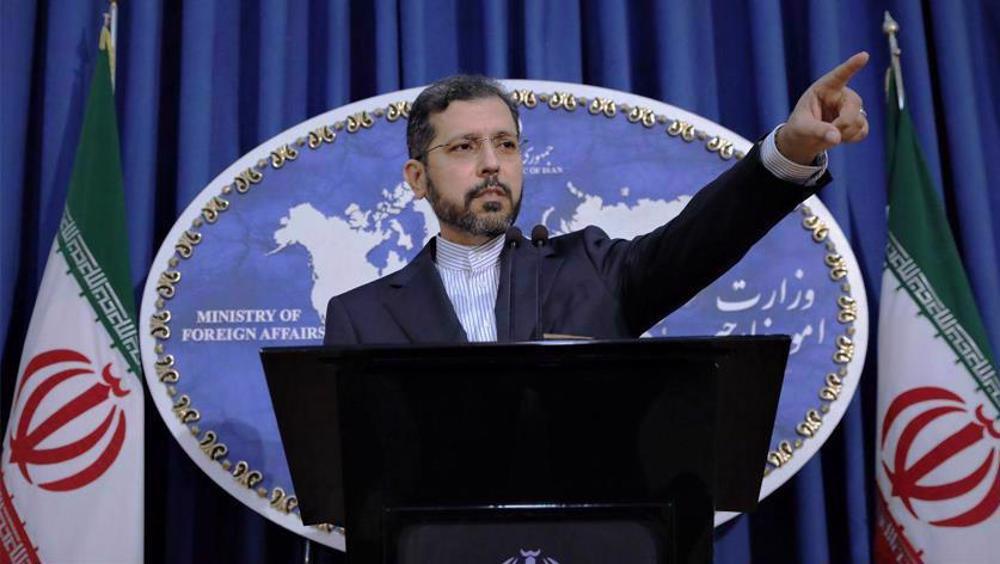 "Apparently, addiction of the administration of the United States of America to imposing sanctions on other countries under false pretexts has turned into an institutionalized approach in this country,” Foreign Ministry Spokesman Saeed Khatibzadeh said on Friday.

He added that the change of American administrations has no effect on changing such an attitude.

Washington announced on Thursday economic sanctions against Russia and the expulsion of 10 Russian diplomats in retaliation for what it alleged as election interference, a massive cyber attack, and other hostile activity.

Speaking in televised remarks on Thursday, Russia’s Foreign Ministry spokeswoman Maria Zakharova said, “A response to sanctions is inevitable. The United States is not ready to come to terms with the objective reality that there is a multipolar world that excludes American hegemony.”

The measures are part of an executive order signed by US President Joe Biden that also leaves open the possibility for the White House to expand the sanctions on Russian sovereign debt.