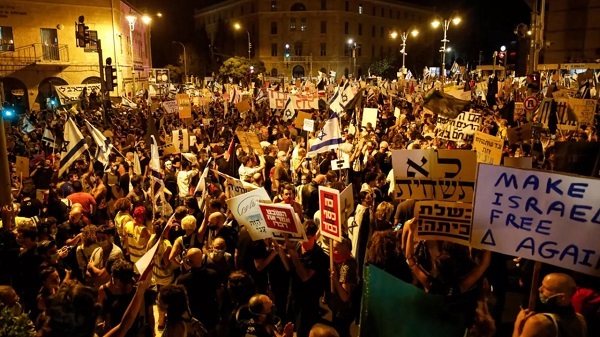 Hundreds of people have gathered outside Prime Minister Benjamin Netanyahu’s official Jerusalem residence on Balfour street to protest against the premier on trial for corruption charges.

Following the recent round of elections in Israel, nationwide protests against Prime Minister Benjamin Netanyahu were renewed last week, with protesters gathering at dozens of bridges and junctions across the country.