Sunday, 18 April 2021 _Diplomats from the remaining parties to a landmark 2015 Iran nuclear deal have agreed to continue bilateral and multilateral negotiations as well as technical consultations within the next days. 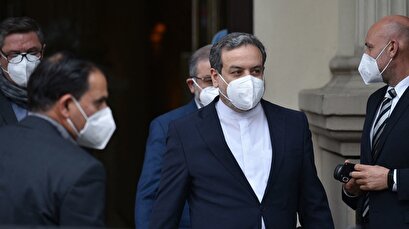 Representatives from Iran and the P4+1 group of countries – Britain, France, Russia and China plus Germany – convened another meeting in the Austrian capital of Vienna on Saturday with the purpose of ensuring the United States’ return to the agreement, officially known as the Joint Comprehensive Plan of Action (JCPOA), and the lifting of Washington’s sanctions against Tehran.

The participants reviewed the outcomes of the talks held between the sides in recent days and received relevant reports prepared by expert groups. They also agreed to hold another session of the JCPOA Joint Commission in the future if necessary.

Expert groups of both sides have held technical talks in parallel with the negotiations.

Speaking at the end of the talks, Iranian chief nuclear negotiator Abbas Araqchi said the participants reviewed the reports presented by the working groups and held “good discussions” about ways to lift sanctions.

“It seems that a new understanding is emerging and there is now common ground among all [the sides] on the final goal,” Araqchi, who serves as Iranian Deputy Foreign Minister for Political Affairs, added.

He, however, said that the path ahead is “not an easy one.”

He emphasized that differences have not been settled yet, saying, “There are some serious disagreements that need to be resolved during next negotiations.”

“As I have repeatedly announced, Iran is not interested in protracted and lengthy negotiations and the talks will be continued to an extent which is necessary,” the senior Iranian diplomat said.

He noted that the sides can now start working on preparing a “joint text” on sectors on which they share views.

“We believe that the draft texts we have presented can act as a basis for negotiations and a final agreement," he said, adding that the texts can meet the demands of Iran and those of the opposite side about Tehran’s return to its commitments as per the JCPOA.

The EU said in a statement earlier on Saturday before the meeting that participants were expected to "take stock of the ongoing discussions on the prospect of a possible return of the United States to the JCPOA and how to ensure the full and effective implementation of the JCPOA by all sides."

Meanwhile, Mikhail Ulyanov, the Russian ambassador to international organizations in Vienna, said in a post on his Twitter account on Saturday that the participants are satisfied with the progress made so far during days of the JCPOA Joint Commission meetings.