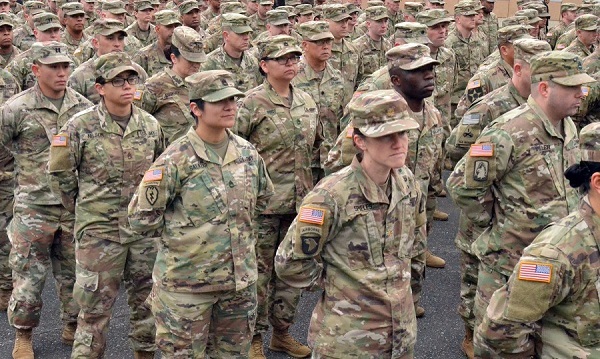 President Biden remains on high alert to the threat of global terrorism threat even as the U.S. and allied troops prepare to exit Afghanistan, his top national security aide said Sunday, insisting the U.S. will have ample warning if al Qaeda or the Islamic State try to build up their operations as the last American troops depart by Sept. 11.

But National Security Adviser Jake Sullivan also acknowledged there were “no guarantees” about the domestic future of the U.S.-backed Kabul government and whether Afghanistan’s struggling democracy can survive in the face of an increasingly emboldened Taliban insurgency.

Speaking on Fox News, Mr. Sullivan strongly defended Mr. Biden’s decision last week to set an end date for the 20-year U.S. military mission in Afghanistan, arguing that U.S. intelligence can still monitor the terrorism threat in Afghanistan from outside its borders and noting that much of the focus of both Islamic State and al Qaeda activity these days is in the Middle East and Africa, not Afghanistan.

“We will have months of warning before ISIS or al Qaeda could have an extremist plotting capability from Afghanistan,” Mr. Sullivan said. “We are not going to take our eye off the ball.”

But whether the Afghan government can survive social reforms and women’s rights can be preserved can’t be predicted, he said.

“I can’t make any guarantees about what will happen inside the country,” Mr. Sullivan said. “No one can.”

“All the United States can do is provide the Afghan security forces, the Afghan government and the Afghan people with the resources and capabilities … so they can stand up and defend their own country,” he added.