Monday, 19 April 2021 _Press TV was invited to a factory in the south of Tehran where a new vaccine named Osivd would be produced within a few months to immune people against the deadly coronavirus. 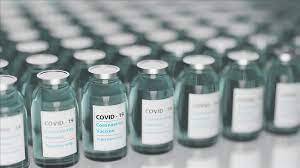 The name is taken from the pharmaceutical company that is developing the vaccine in collaboration with a knowledge-based firm. The joint project will soon be tested on humans to be mass produced in the capital Tehran.

Right now the company is producing the vials and as the manager said they can produce up to 6,000 every hour. They also told us that there is a capacity to produce about 20,000,000 doses of the jab in a year.

After the official ceremony in which the vial was unveiled, the Vice President for Science and Technology launched the production line. The Osvid vaccine must be injected in two stages with a three week interval.

Iran says the second phase of vaccination against the coronavirus will begin in early May and about 15 million people must be immunized at this stage. To this end, the country needs around 30 million doses of the vaccine and a great number will be the home-made ones.