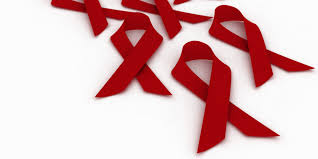 The high-level side event took place during the 69th United Nations General Assembly at the UN Headquarters in New York and was co-convened by Ghana and Switzerland in collaboration with the Joint United Nations Programme on HIV/AIDS (UNAIDS).  On Thursday 25 September 2014 World leaders agreed that ending the AIDS epidemic as public threat by 2030 was possible and must be a central agenda of the post 2015 goals.

"An AIDS-free generation is in our reach. It is our responsibility to make it happen. Nations have to unite in this common goal and act together with force of conviction,” said Didier Burkhalter, President of Switzerland. "The objective is clear: end AIDS by 2030!”

This strategy calls on countries, especially those with high burden of HIV, to provide lifesaving HIV treatment and prevention services as a matter of priority to people most at risk of HIV infection in areas with high HIV prevalence and density of people living with HIV in a short window of five years. Such an approach will drastically reduce the number of new HIV infections as well as AIDS-related deaths to record low levels.

"I believe strongly that ending AIDS should be part of the post 2015 agenda,” said John Dramani Mahama, President of Ghana. "This is an epidemic that no one thought we could end, but now with the progress we see we know it can be done.”

While AIDS is not over in any region—30 countries account for more than 80% of new HIV infections that occur each year in the world. Within these countries, the epidemic is often concentrated in large cities, select districts and localized areas. And in each setting, the affected populations vary. A concerted push to reach the specific populations most at risk in these countries and local areas will maximize the gains in preventing new HIV infections and stopping AIDS-related deaths.

The success of the fast-track strategy relies upon countries to frontload investments and step up the pace of delivery of HIV services, especially the roll of out of antiretroviral therapy. This strategy will see the greatest returns on investments.

"I call on countries, the private sector and civil society to seize this opportunity to end the AIDS epidemic by 2030,” said Ban Ki-Moon, United Nations Secretary-General. "This will require innovation, leadership and shared responsibility to ensure that no-one is left behind.”

UNAIDS, together with governments, civil society and other partners, will help countries identify the areas where fast-track delivery of HIV-related services will have the most impact.

"We have a fragile-five year window to ensure that the world on-track to end the AIDS epidemic,” said Michel Sidibé, Executive Director of UNAIDS. "Seizing the opportunity to fast track the response to HIV will save millions of lives—the cost of inaction is unthinkable.”

If fully implemented the fast-track approach will avert 18 million new HIV infections and 11 million deaths by 2030. This will have a huge impact on reducing the amount of investment needed for the AIDS response beyond 2020. However, UNAIDS modelling shows that if the targets for 2020 are not achieved until a decade later costs will continue to spiral upwards.

"Thanks to the Clinton Health Access Initiative, UNAIDS, PEPFAR and the Global Fund, our negotiations secured reduction of the price of viral load testing not only for South Africa but the whole world,” said Jacob Zuma, President of South Africa. "We now have the tools we need to end the AIDS epidemic.”

The new agreement on lowering the cost of viral load tests was announced by South Africa, the Clinton Health Initiative, UNAIDS and pharmaceutical company Roche. Viral load tests are essential to monitor the impact of HIV treatment on individuals. The high price of the viral load test is a barrier to its widespread use in low- and middle income countries. With this price reduction, these lifesaving diagnostic tools will become more widely available.

Based on consultations with global treatment experts and regional consultations, UNAIDS also released an issues brief 90-90-90 an ambitious target to help end the AIDS epidemic to support the implementation of the new 2020 HIV treatment target. This document outlines the rationale, scientific evidence and strategy to rapidly expand access to HIV treatment.

In addition to ensuring that no child is newly infected with HIV, a new target of reducing new adult HIV infections from 21 million in 2010 to 500 000 in 2020 and to 200 000 in 2030 is proposed. This can be achieved by combining the potential of antiretroviral therapy to prevent new HIV infections with other proven HIV prevention methods such as male and female condoms, harm reduction measures, voluntary medical male circumcision, sexual and reproductive health services and innovative social security programmes such as cash transfers.
Share to
Related News
‘Ghana not for sale’: Protesters march in Accra against military deal with US
Tags
HIV ، AIDS ، UNAIDS
Your Comment