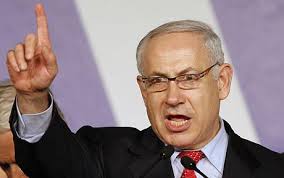 Benjamin Netanyahu, the Israeli prime minister, launched a scathing attack on a United Nations organisation from the podium of the UN itself when he denounced its Human Rights Council as a "terrorist rights council”.

Mr Netanyahu directed his broadside at the UN council in response to its recently-announced investigation into Israel’s military offensive in Gaza.

In a controversial address to the General Assembly, he contended that the council’s treatment of Israel was "biased” and rooted in a global upsurge in anti-Semitism.

Mr Netanyahu argued that it was Hamas, the faction that controls the Gaza Strip, that should be investigated for war crimes as it used civilians as human shields and fired missiles at Israel from batteries planted by mosques and UN-run schools.

He also delivered an uncompromising warning about Iran’s "manipulative charm offensive” at the UN, calling it a ruse designed to "bamboozle its way” to securing an atomic bomb in nuclear talks.

"To defeat Isis and leave Iran as a threshold nuclear power is to win the battle and lose the war,” he said, referring to the current US-led strikes against the Islamic State faction in Iraq and Syria.

And he offered a blunt defence of his country’s armed forces three days after the Palestinian leader, Mahmoud Abbas, denounced Israel for waging a "war of genocide” from the same podium.

”I have come here to expose the brazen lies spoken against my country and against the brave soldiers who defend it,” he said, describing Israel’s defence forces as the "most moral army in the world”.

Mr Netanyahu also sought to establish a direct link between Hamas the Islamic State group. "Militant Islam is on the march,” he said. "Isis and Hamas are branches of the same poisonous tree. Isis is Hamas and Hamas is Isis.
He mocked Iran’s president Hassan Rouhani for "crocodile tears” for bemoaning the spread of terrorism while his country’s Revolutionary Guards back terror groups worldwide. This was "one of history’s greatest displays of doubletalk”, he said dismissively.

Mr Netanyahu has earned a reputation for delivering no-holds-barred addresses to the General Assembly, aided by pictorial aids. Today, he brandished a photograph of what he said were Palestinian children playing near Hamas rocket launchers.

There was no immediate comment following his speech from the Geneva-based UN Human Rights Council, which is headed by Baudelaire Ndong Ella, a career diplomat from the African country of Gabon.

But the response from Palestinian leaders was predictably furious. Hanan Ashrawi, a veteran member of the Palestine Liberation Organisation’s executive committee, accused Mr Netanyahu of blatantly manipulating facts and misleading the audience with "hate language, slander and argument of obfuscation”.

She continued:"Obviously Netanyahu has lost touch with reality, particularly in refusing to acknowledge the fact of the occupation itself or the actions of the Israeli army of occupation in committing massacres and war crimes.

"The UN podium would have been the most appropriate place for Netanyahu to announce his acceptance of all relevant UN resolutions and his adherence to international law and universal human rights.”

Miss Ashrawi is part of the Palestinian team drafting a Security Council statehood resolution that will propose a three-year deadline for the recognition of Palestine as an independent state.

"Blaming the victim has always been the failed policy of the politically and morally bankrupt, and Netanyahu is no exception,” she said.