Tehran, YJC. Sources report that the terrorist group ISIL sells its female prisoners for $140 each.

The Islamic State of Iraq and the Levant (ISIL) terrorists who have taken vast swaths of land in Iraq and Syria are reportedly selling their female prisoners in the Iraqi city of Sinjar. 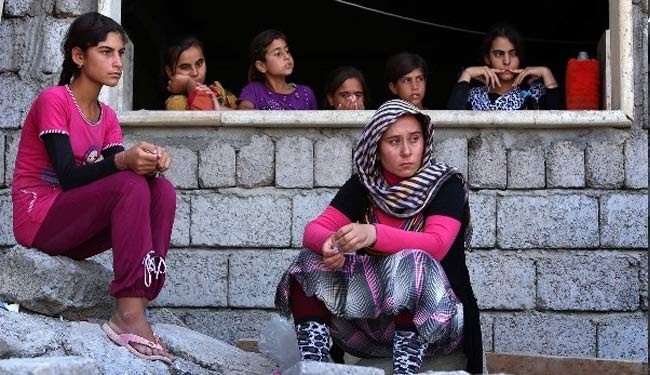 Iran’s ABNA reports that the terrorists have been selling Izadi girls for $140 each.

Wian Dakhil, the Izadi representative in the Iraqi parliament asked the country’s Prime Minister to sort out special operations to free to girls and women.

The request came after reports that similar reports came from Mosul where the detainees were sold at $200 a person.

"Many Iraqis buy the Izadi girls and then set them free in an action to rid the girls from the ISIL,” someone who had fled Mosul had told Iraqi news agencies earlier.