MECCA, Saudi Arabia, Sept 30, 2014 (AFP) - As they gather in Saudi Arabia's holy city of Mecca for the annual hajj, some pilgrims have denounced atrocities by Islamic State group jihadists as "a virus" threatening the world. 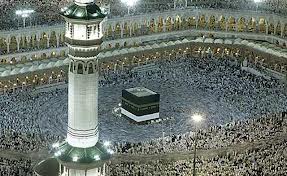 But many also expressed concerns about the US-led air war against them.

"Islam is innocent from actions of the Islamic State," Kurdish Iraqi pilgrim Alan Abdullah told AFP, describing IS as "a virus threatening the whole world".

IS has seized large parts of Iraq and Syria, declaring a Muslim "caliphate" and imposing its own harsh interpretation of Islamic law.

"Islam is far from their acts and beliefs."

The Kurdish pilgrims are among nearly 1.4 million foreigners who have arrived in Saudi Arabia, home to Islam's holiest sites, to follow the 1,400-year-old traditions of Islam's Prophet Mohammed.

The hajj is the world's largest gathering of Muslims and culminates late this week.

Kurdish fighters from northern Iraq have begun training in Germany on weapons supplied by Berlin to support the battle against IS, whose fighters closed in Monday to within a few kilometres (miles) of a key Kurdish town on Syria's border with Turkey.

Tens of thousands of refugees have fled into Turkey to escape the militants' advance.

Despite supporting military action against the jihadists, Qader also lamented the unrest.

"The situation in Kurdistan is not good. We have IS from one side and the US planes bombing them from the other," said the pilgrim in his 50s.

Washington launched air raids against IS in Syria on September 23, expanding strikes that began in August against the group's positions in Iraq.

Arab allies Saudi Arabia, the United Arab Emirates, Bahrain, Qatar and Jordan have joined the strikes on Syrian soil, as part of an international coalition.

The Pentagon says there have been 66 bombing raids in Syria, including 23 by Arab allies.

A pilgrim from Aleppo who arrived in Mecca from Turkey criticised the US-led coalition which began its air strikes three years after civil war erupted in Syria.

More than 180,000 people have been killed in the country where many groups, including IS, are battling Syrian President Bashar al-Assad's regime.

"We were hoping for such a coalition to end the oppression against the Syrian people and not just to hit IS or other groups," said the pilgrim, giving his name only as Mohammed.

- Islam not 'fanaticism' -
==========================
IS has beheaded two American journalists and a British aid worker, and IS-linked Algerian extremists IS last week beheaded Frenchman Herve Gourdel, 55, after French warplanes began bombing IS in Iraq.

In Mecca, French pilgrim Petra, who converted to Islam and renamed herself Nour, insisted that "the Islam as I live it is not an Islam of fanaticism".

Calling the coalition raids "unacceptable", she accused the United States of trying "to make us believe in things that do not necessarily correspond to reality", such as previous US claims that Iraq was developing weapons of mass destruction.

American and British forces invaded Iraq in 2003 on the basis of such allegations, but the weapons were never found.

"I think there is a desire right now (in the West) to scare people away from Islam," said Nour, tucking her blond hair under a white veil.

"Islam as it was lived at the time of the prophet has nothing to do with what they are making us believe today. This is really the Islam of love and companionship. It is the real Islam," she said, inviting nods and smiles from fellow French pilgrims.

Next to her, Saffiyah, a Mexican who said she converted after the September 11, 2001 Al-Qaeda attacks on the United States, affirmed that "Islam makes us better people... (and) jihad for me means struggling with myself" to improve.
Share to
Tags
Hajj ، pilgrims ، IS ، virus ، US ، war
Your Comment