Sweden stresses recognition of Palestine as approach to two-state solution

Sweden stresses recognition of Palestine as approach to two-state solution

Tehran, YJC. Swedish Social Democratic Party member of EU parliament Jytte Guteland says her country would like to usher other EU members into the recognition of the Palestinian state.
Guteland who was speaking in live interview with Russia Today on Tuesday said "We believe it’s important if you want to create peaceful future to have a more balanced and more equal situation between Israel and Palestine. And we believe that 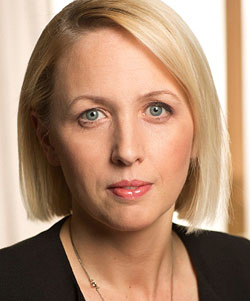 by recognizing Palestine’s state we to the opportunity to form a two-state solution that we would want to be the future.”

I hope that this means that we take the lead here in EU and that other states will follow, she stated, adding "We have seen that other member states already done it before they became state members. So we think that this will contribute to a positive situation here.”

"I believe many people feel joy about it and they feel hope and they will see that the surrounding world cares about how to create stable and peaceful situation, both for the Israeli and for Palestine. That’s important for us to contribute to safety and security and recognize the two-state solution.”

Regarding negative responses by Israel and the US to the new Swedish policy she noted "We believe that we should continue to have positive relations [with Israel and the US] and we would like to work for that because that’s important for us. And we also believe that it’s important to recognize Israel’s situations and also have a policy that is created to bring stability and security. But I would like to point out that our relations with the United States are better than ever and we would like to continue that way.”