British intelligence services, including MI5, secretly spied on a number of prominent academics with socialist leanings “for decades,” including Oxbridge dons Christopher Hill and Eric Hobsbawm, secret files disclosed on Friday show.
The historians were among a number academics at the UK’s top universities who were placed under rigorous surveillance by the security services after officers became concerned about their supposed ‘communist’ leanings.

However, instead of secret plots, the files, which are held in the National Archives in southwest London, actually tell of more banal issues, including marital infidelity and forensic academic disputes with the British Communist Party. 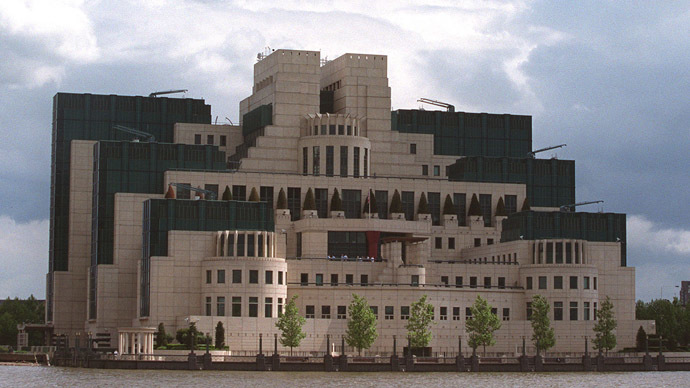 The security services used covert techniques including bugging offices and wiretapping phones to build a comprehensive picture of the academics, who were marked out by security services for their support for the communist ideology in the 1930s, as it began to gain popularity in the West.

On the documents, an MI5 officer noted the intelligence was necessary "to establish the identities of his contacts and to unearth overt or covert intellectual communists who may be unknown to us.”

Other academics monitored included AJP Taylor, one of the worlds’ leading figures in 20th-century European history, as well as writer Iris Murdoch and the moral philosopher Lady Mary Warnock, who joined Hill in a march against nuclear weapons in 1959.

"I’d love to see the file, or anybody’s file come to that, to see what was/is regarded as suspicious … I am completely taken aback and even faintly flattered,” Lady Warnock told the Guardian.

While Hobsbawm, who passed away in 2012, was cleared of "suspicion of engaging in subversive activities or propaganda in the army,” MI5 did note that it was ‘doubtful’ he would be selected for the British Army’s intelligence corps during the Second World War, while the then deputy chief of MI6 Valentine Vivian prevented him from joining the Foreign and Commonwealth Office.

At the end of World War II in 1945, MI5 noted that Hobsbawm was known to be "in contact” with communists and that the agency would be "interested to see all his personal correspondence.”

British intelligence also recorded information regarding the marriage of Hill and his wife, Inez Hill, calling her "a somewhat neurotic, rather emotional and unstable person.” While they did not find any information regarding espionage from the Soviet Union, they did make comments on the Hills’ relationship.

"Another source has often suggested that Inez Hill is not only fed up with her husband’s politics, but also with her husband … Christopher Hill himself has been described in the past as somewhat mean-minded, pompous and tiresome,” the documents say.

The files come as British police are forced to pay nearly half a million pounds in compensation to a woman who was tricked into a sexual relationship by undercover agents who infiltrated activist groups in the 1980s, producing a child.