TEHRAN, 16 November 2014 (YJC)—UN Secretary-General Ban Ki-moon in his message on World Day of Remembrance for Road Traffic Victims, 16 November 2014, said road traffic crashes kill 500 children each day as they travel to and from school, playgrounds and the homes of family and friends. 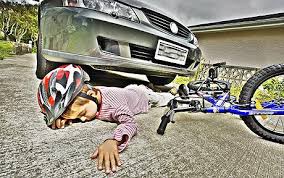 The full text of his message reads:

I am continually inspired by the potential of youth to transform society. The World Day of Remembrance for Road Traffic Victims is a sobering reminder that crashes are the leading cause of death for people 15 to 29 years old.

Road traffic crashes also claim many younger victims, with more than 500 children killed each day as they travel to and from school, playgrounds and the homes of family and friends. Millions of other people of all ages are seriously injured.

This Day is about compassion and prevention. We mourn those who have perished on the roads. We console grieving families and friends. We raise awareness of the economic hardship so often faced by the bereaved.

Last year on this Day, I was in Lithuania, which is one of many countries seriously addressing this issue. I was deeply moved by the silent spectre of a candlelight vigil in Vilnius featuring one flame for each person who had died on the country’s roads since 1990. Such tributes are a powerful testimony to the need for action.

The focus of this year’s Day on the theme "Speed Kills” points the way forward. A number of governments have moved to address the problem of speeding in the context of the United Nations Decade of Action for Road Safety, which is being observed through the year 2020. China, France, Kenya, the Russian Federation and Turkey are among a growing number of countries adopting new laws, enhancing enforcement and redesigning their roads with speed bumps, rumble strips and other steps to slow traffic.

As we aim to slow traffic, we are accelerating global action against road crashes. Working with partners, the United Nations is carrying out a number of initiatives, including preparing to convene the Second Global High-Level Conference on Road Safety to be hosted by Brazil in November 2015.

On this World Day of Remembrance for Road Traffic Victims, let us re-commit to making roads that are safe for all.
Share to
Tags
Ban Ki moon ، Road ، children
Your Comment