In closed-door meeting, FM warns that unless Israel takes the initiative and pursues a regional agreement it will face a diplomatic tsunami; cites effect of EU sanctions on Russia. 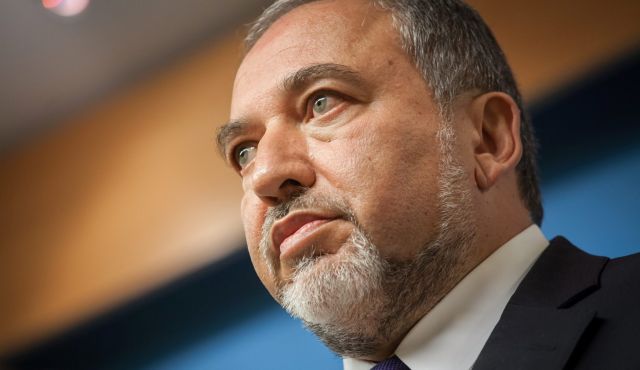 Foreign Minister Avigdor Lieberman said on Tuesday that Prime Minister Benjamin Netanyahu’s status-quo approach to the Palestinian conflict has failed and that without an Israeli initiative the country will face a "diplomatic tsunami.”

Speaking at a closed conference at Tel Aviv University, Lieberman said that absent an Israeli-Palestinian agreement, Israel’s relationship with the European Union would deteriorate severely, which would in turn damage the Israeli economy.

"Look what’s happening with Russia,” the Yisrael Beiteinu party chairman said, referring to the EU sanctions imposed on Moscow due to its aggression in Ukraine.

Lieberman slammed Netanyahu, saying his "sanctification” of the status quo had failed.

Lieberman stressed the importance of Israel’s relationship with Europe and the economic damage a rupture could cause, at times sounding more like Labor Party chairman Isaac Herzog or Hatnuah chairwoman Tzipi Livni than the right-winger he is usually considered. He didn’t explicitly mention the possibility of EU sanctions, but the hint was clear from his comparison of Israel’s situation with that of Russia.

"We must reach a diplomatic agreement — not because of the Palestinians or the Arabs, but because of the Jews,” he said. "This is important for our relations with the European Union and the United States. For anyone who doesn’t know, our largest market is the EU, in both exports and imports. I’m pleased with what we’ve done with the Chinese; there’s been growth in our trade with them. But in the end, our biggest market is the EU.”

Anyone who thinks it’s possible to maintain good economic relations with Europe if the diplomatic relationship deteriorates is deluding himself, Lieberman stressed.

"It doesn’t work, and we must internalize this. When diplomatic relations deteriorate, you see what happens to the economy. I can cite the example closest to me, that of Russia,” added Lieberman, who immigrated from the former Soviet Union. "The more developed the state, the more sensitive it is to political decisions or changes in economic relations based on treaties and agreements.”

Lieberman said Israel should pursue a regional peace deal that would also resolve the Palestinian and Israeli Arab issues. "We need to put an end to all these arguments and reach an agreement with our entire surroundings,” he said.

Later, in the question and answer session, he slammed Netanyahu’s policy.

"What’s happening now is that we aren’t doing anything,” he said. "There’s no initiative. I favor initiative. We must initiate. When you don’t initiate, you lose.

Netanyahu’s status-quo approach has failed, Lieberman said, adding, "I respect Netanyahu, but the approach I’m presenting is more correct at this time.”

Asked if Israel was facing a diplomatic tsunami, Lieberman said it was "far from being a tsunami” and he hoped it would never become one. "But if we don’t initiate, we’ll reach a tsunami. The initiative must be a comprehensive regional agreement.”