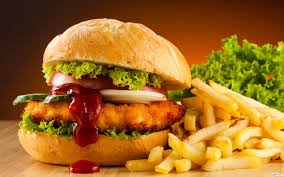 Researchers at Ohio State University used data from a nationally representative sample of some 11,700 children to measure how fast food might be affecting their performance in class. The study measured how much fast food the children were eating at age 10, and then compared the consumption levels to test results in reading, math, and science three years later.

What they found is that even small increases in the frequency with which the students ate fast food were associated with poorer academic test results. Habitual fast food eaters—those who ate fast food daily—saw "test score gains that were up to about 20 percent lower than those who didn’t eat any fast food."

The connection held true even after the researchers took into account more than a dozen other factors about the children's habits and backgrounds that might have contributed to the association between fast food consumption and poorer academic performance, including fitness, broader eating habits, socioeconomic status, and characteristics of both their neighborhood and school.

More than half of the students the researchers observed ate fast food between one and three times a week, and nearly three quarters of them ate fast food at least once a week.

"Fast-food consumption was quite high in these students,” Kelly Purtell, the study's lead author, said in a statement.

While the study observed children's eating habits in 2004, and therefore could point to fast food consumption levels that are no longer representative of current trends, there's reason to believe little has changed. Nearly a third of American kids between the ages of 2 and 11 — and nearly half of those aged 12 to 19 — eat or drink something from a fast food restaurant each day, according to a study from 2008. And fast food still accounts for roughly 13 percent of total calories eaten by children and teenagers aged 2 to 18 in the United States.

Purtell is careful to point out that while there's a strong suggestion that feeding children fast food negatively affects their academic performance, the study falls short of establishing a definitive casual connection. While her team can't prove the diet quirk caused lower test scores gains, the group insists that fast food consumption helps explain at least part of the performance gap between the students.

Why exactly fast food could be blunting school children's brains is unclear. A study conducted last year showed that nutrients like iron, which can be lacking in fast food, are essential for the development of a child's brain. Diets high in fat and cholesterol have also been linked to poorer memory.