TEL-AVIV, January 26. /TASS/. Maintaining good relations with Russia is one of the top priorities for Israel, Avigdor Lieberman, the Israeli foreign minister, said in an exclusive interview with TASS ahead of his official visit to Moscow on Monday. 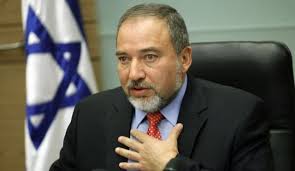 "Maintenance of good relations with Russia is a priority moment for Israel and its principal stance," Lieberman said. "This is not an issue of personal likes and dislikes but the deliberate necessity." The tendency is undoubtedly positive despite certain disagreements."

"Israel is a small country in the heart of the most unstable region and since its birth Israel has been in the center of geopolitical, ideological, religious, diplomatic and sometimes military collisions on the global scale," Israel's top diplomat said. "We simply cannot afford
neglecting warm relations with such significant international player as Russia."

"I doubt that there will ever be a sober-minded Israeli politician in the capacity of a prime or a foreign minister wishing to change this paradigm," Lieberman, who is scheduled to hold bilateral talks on Monday with Russian Foreign Minister Sergey Lavrov, told TASS.

"However, Russian-speaking politicians in Israel have serious disagreements with Russian foreign policy officials concerning a number of principal issues," Lieberman, who was born in Moldova's Chisinau and speaks Russian, said. "In particular, our evaluations and opinions on the ways out of the regional crisis in the Middle East do not coincide in many regards and will hardly come to terms in the nearest future."

"However, not only the general mentality, understandable common cultural values, historical parallels and even jokes are definitely providing for the greater mutual understanding and trust as well as the establishment of friendly personal relations, which play not the least
role in diplomacy."

"Such state of affairs may change after March 17 elections in Israel, but I am sure that the political vector will remain unchanged," Lieberman, who heads Yisrael Beiteinu (Israel Our Home) political party, said.

"I believe that Israel's neutrality in regard to the Russian-Ukrainian conflict is the most rational position," the foreign minister said.

"However, it does not mean our passive stance as we enjoy good relations with both sides, Moscow and Kiev trust us and this is a good foundations for intermediary efforts. We have repeatedly stated about our readiness to imply such efforts and these were not simply words."

"Russian-speaking politicians in Israel are capable of perceiving the erupted Russian Ukrainian confrontation at the mental level," the top Israeli diplomat said. "This is why we are capable of better understanding of each party. We are not indifferent."
Share to
Tags
Lieberman ، Israel ، Russia ، relations
Your Comment