China will ban all ivory trade and processing by the end of 2017, the government said, in a move hailed by conservationists as a "game changer" for African elephants. 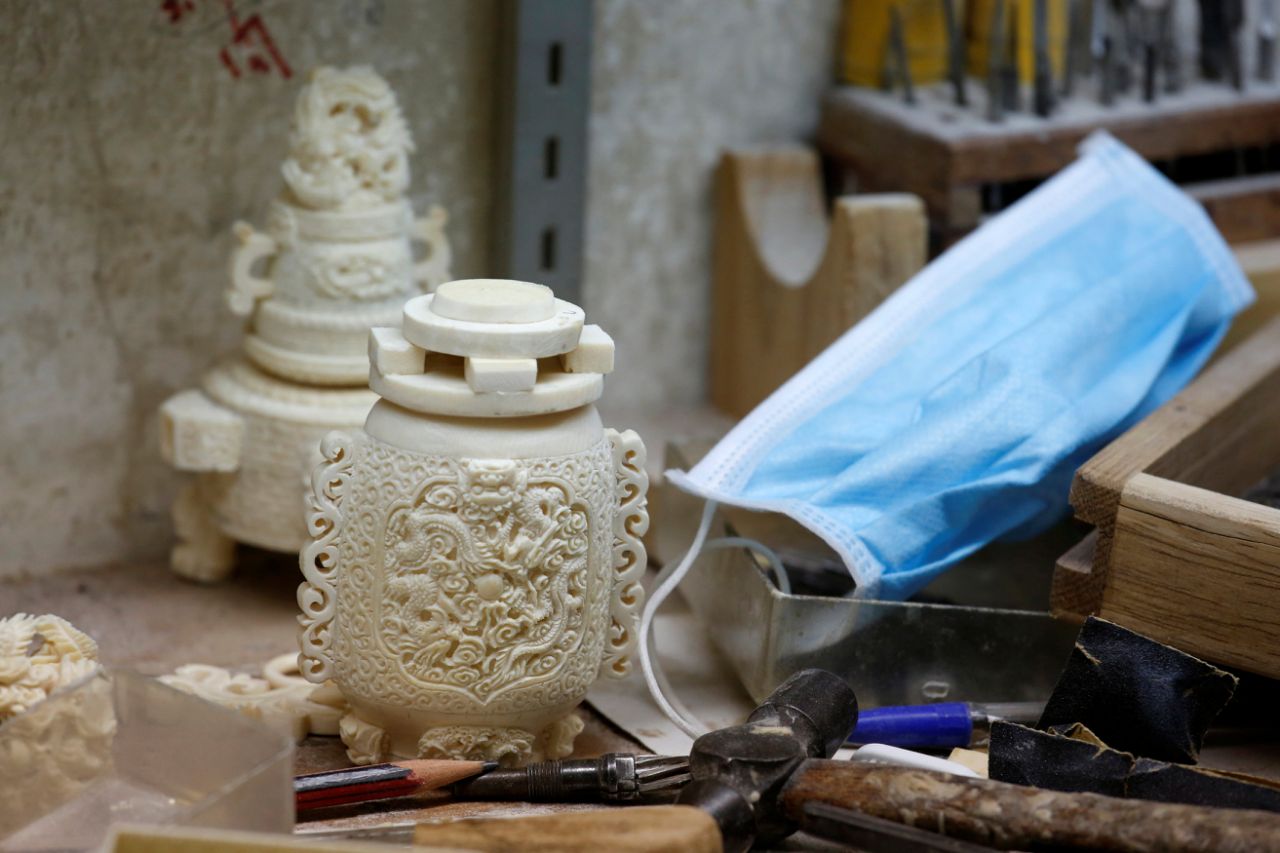 African ivory is highly sought after in China, where it is seen as a status symbol, with prices for a kilo (2.2 pounds) reaching as high as $1,100.

"To better protect elephants and better tackle the illegal trade... China will gradually stop the processing and sale of ivory for commercial purposes" by the end of 2017, the State Council, China's cabinet, said in a statement late Friday.

"Before then, law enforcement agencies will continue to clamp down on illegality associated with elephant tusks," the official Xinhua news agency said, quoting a government official as saying.
A first batch of workshops and retailers would be forced to close by the end of March.

The move comes after Beijing said in March it would widen a ban on imports of all ivory and ivory products acquired before 1975, after pressure to restrict a trade that sees thousands of elephants slaughtered every year.

Xinhua said the complete ban would affect "34 processing enterprises and 143 designated trading venues, with dozens to be closed by the end of March 2017".

"This is great news that will shut down the world's largest market for elephant ivory," Aili Kang, executive director of the Wildlife Conservation Society in Asia, said in a statement.

"I am very proud of my country for showing this leadership that will help ensure that elephants have a fighting chance to beat extinction. This is a game changer for Africa's elephants."

Conservationists estimate that more than 20,000 elephants were killed for their ivory last year, with similar tolls in previous years. The WWF campaign group says 415,000 of the animals remain.

The Convention on International Trade in Endangered Species of Wild Fauna and Flora (CITES), which took effect in 1975, banned the ivory trade in 1989, AP reported.

China permits the resale of ivory bought before the 1989 ban -- and also has a stockpile purchased with CITES approval in 2008, which it releases for sale with certification.

Beijing would continue to allow auctions of ivory antiques deemed to have come from legitimate sources, under strict supervision, the government added.

WWF also praised China's move to a complete ban but called on the Chinese territory of Hong Kong to bring forward a plan to end its ivory trade by 2021.

WWF said legal research published by the conservation group shows an ivory ban could be imposed "much sooner under current Hong Kong law".

Between 800 and 900 cases of ivory smuggling are uncovered in mainland China each year, according to customs figures. And more than half of legitimate ivory businesses are implicated in the illegal trade.

Ivory carving is an ancient art in China and finely worked pieces, whether elaborate depictions of traditional Buddhist scenes or more simple seals and chopsticks, are considered highly collectible.